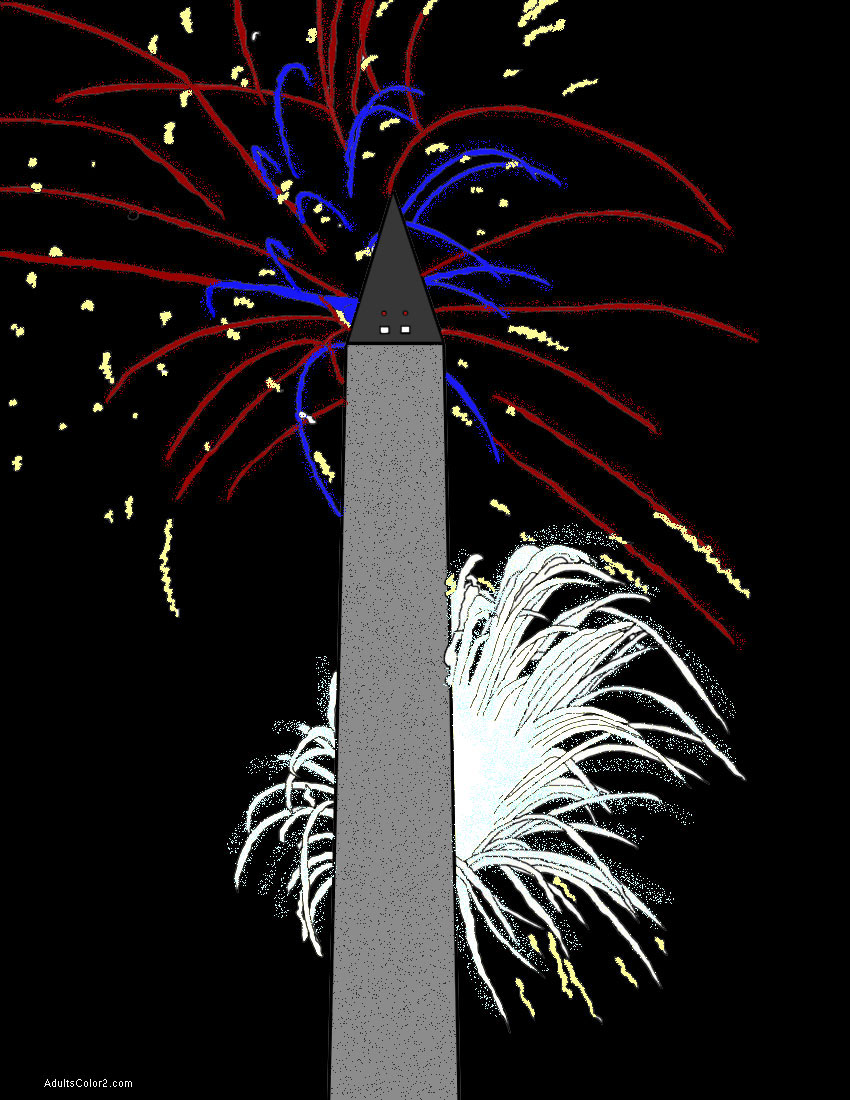 C'mon patriots!  Let's celebrate our freedom with Fourth of July coloring pages.  Just click on your favorite to get your own copy.

Time for us to show how much we appreciate the sacrifices.  How?

Color some symbols of the struggle that led to our precious freedom.  Never forget the endless battle to preserve it!

Ok, time to put the seriousness aside and...

How to Get Your Free Printable Coloring Page

Ready to color?    Left click on a coloring page and drag it to paint3d or similar.  Color then print .   OR...

Click on the black and white drawing. You'll need a pdf reader to open the coloring page.  Look for the printer icon on the right side(top) of the page. Click on the icon.

Don't have a pdf reader?  Get one free by clicking on the Adobe Acrobat link below.

Well...maybe not exactly like this guy!  Unless you are participating in a reenactment.

If you are, I'm totally jealous!! 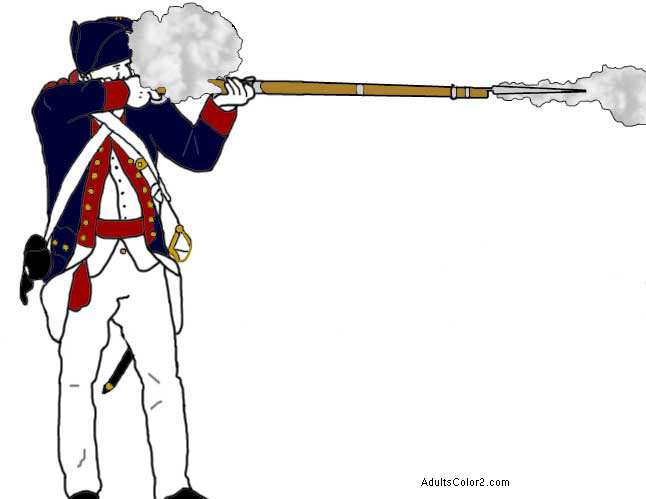 I always wanted a tricorn hat!  How about you?

Maybe you'd prefer partying like this patriotic lad from the early 20th century?  I want some jumbo firecrackers! 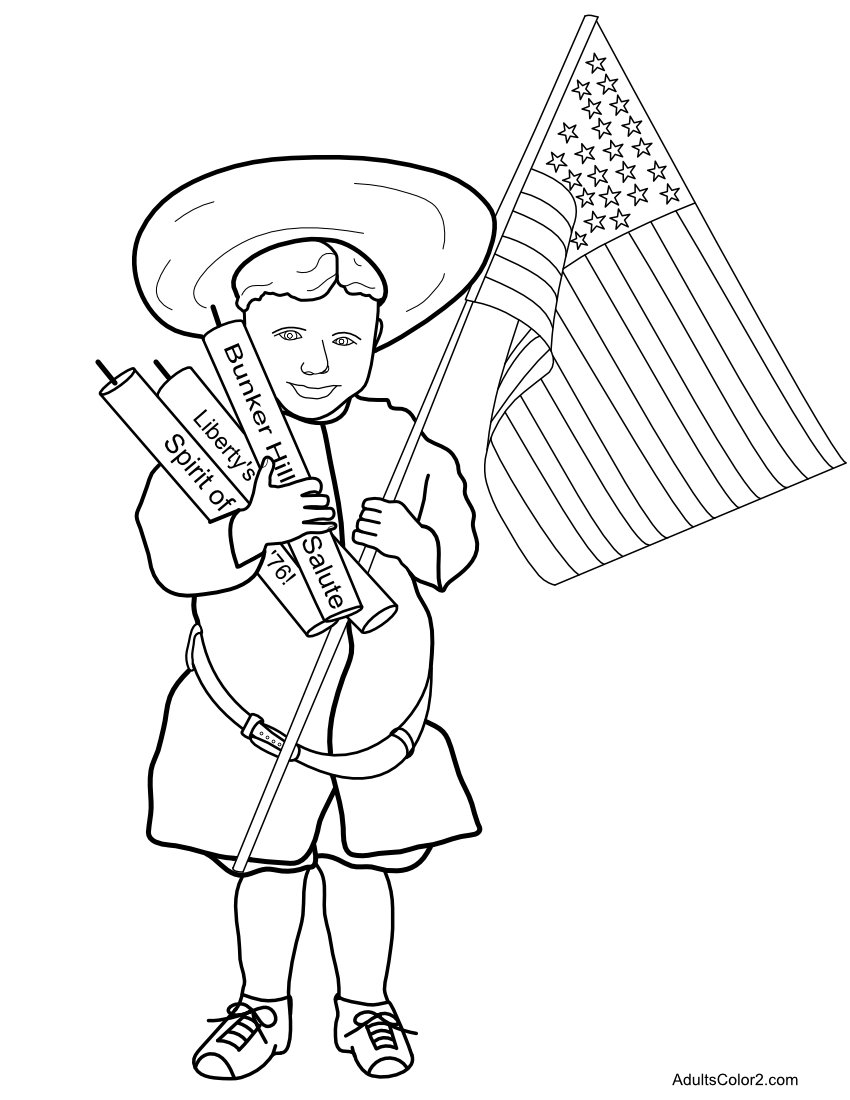 Seriously, let's not forget to honor some of the brave men and women who fought for our independence!   Because there would be...

No Fourth of July Celebration Without Their Dedication!

Crispus Attucks was killed in the Boston Massacre on March 5, 1770.  He's considered the first person to be killed in the American Revolution. (Wikipedia)  This patriot's death helped to fuel the revolution.

This hero paid the ultimate price for our freedom! 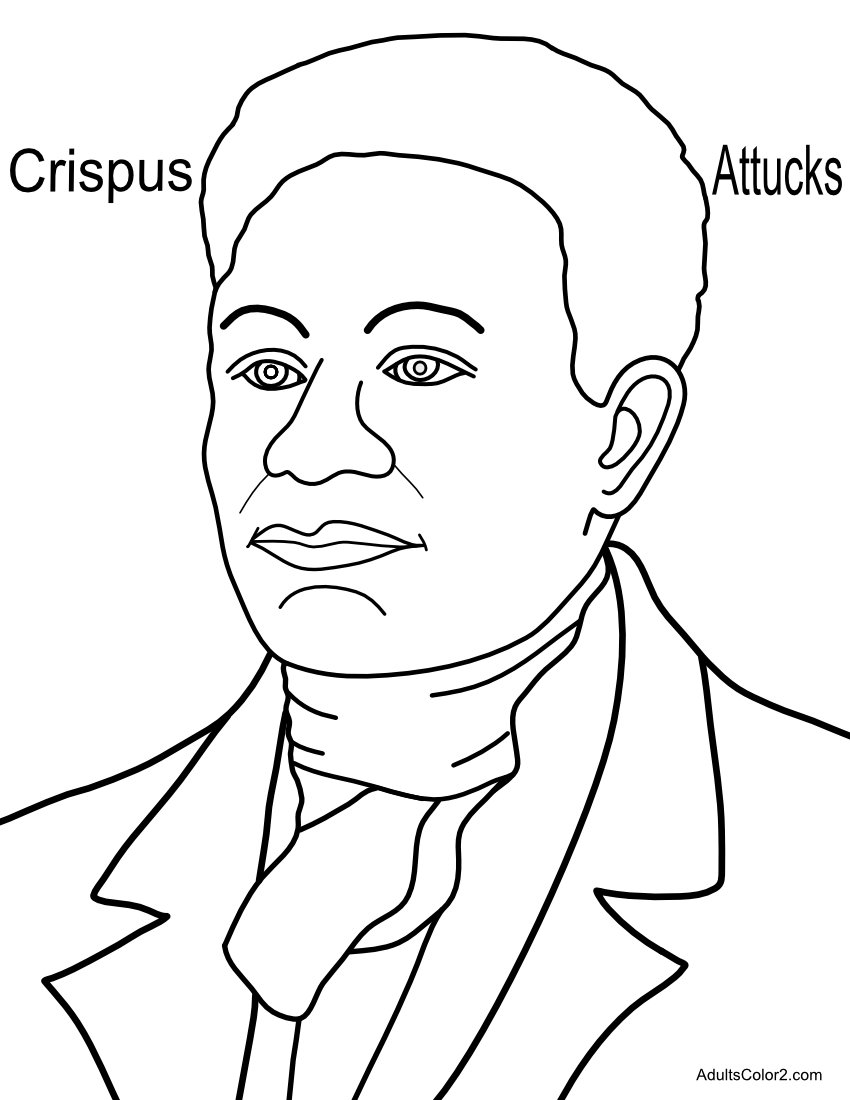 Molly Pitcher, water carrier to the troops or for cooling the cannons or both.  This nickname could represent many women who risked their lives in battle.

Mary Hays is probably the lady who inspired the name.  She took over cannon duty at the Battle of Monmouth when her husband was injured.  She gave the British hell till the battle ended due to darkness. 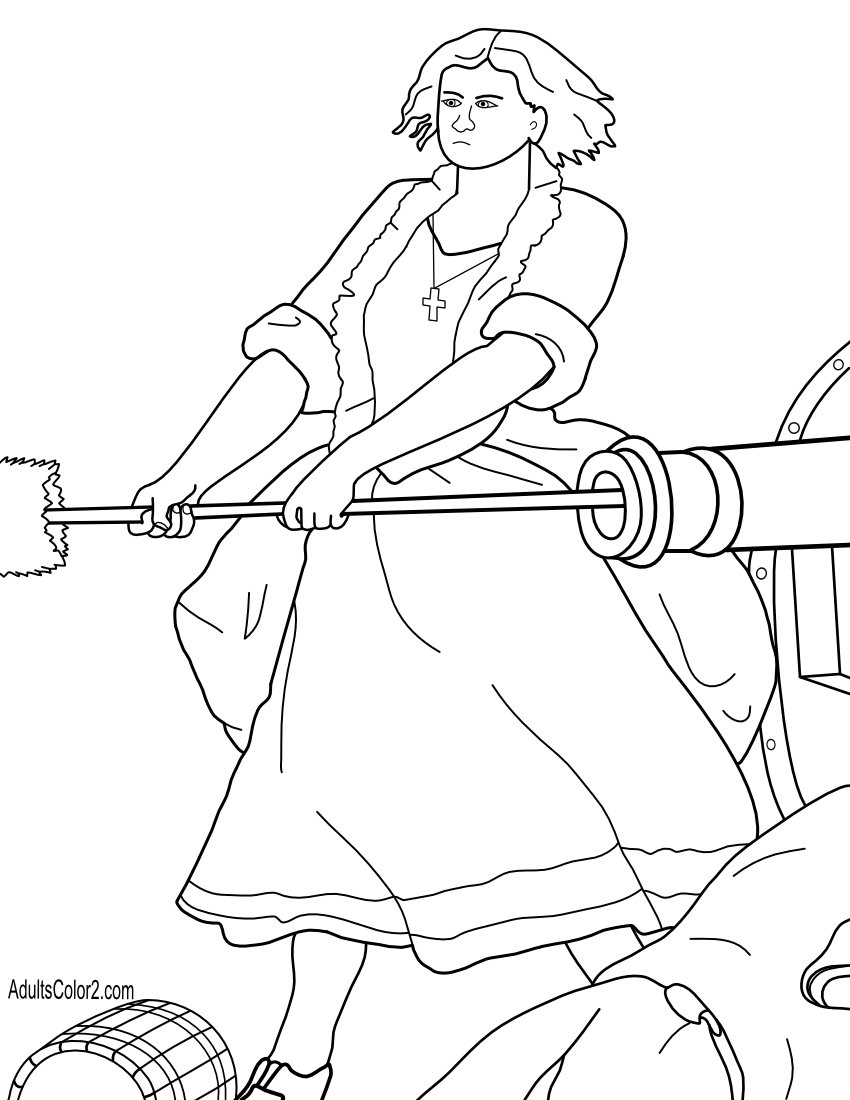 Deborah Sampson, only woman honorably discharged from the Continental Army, served disguised as a man.  She was wounded in her first battle, two musket balls lodged in her thigh.

Out of fear of discovery, this remarkable woman dug out one musket ball herself.  Imagine that!  The other was too deep.

Despite never fully recovering from her wound,  she continued to serve.  Her career lasted for 17 months.

This hero finally was awarded a military pension nearly ten years after her service ended.(Wikipedia) 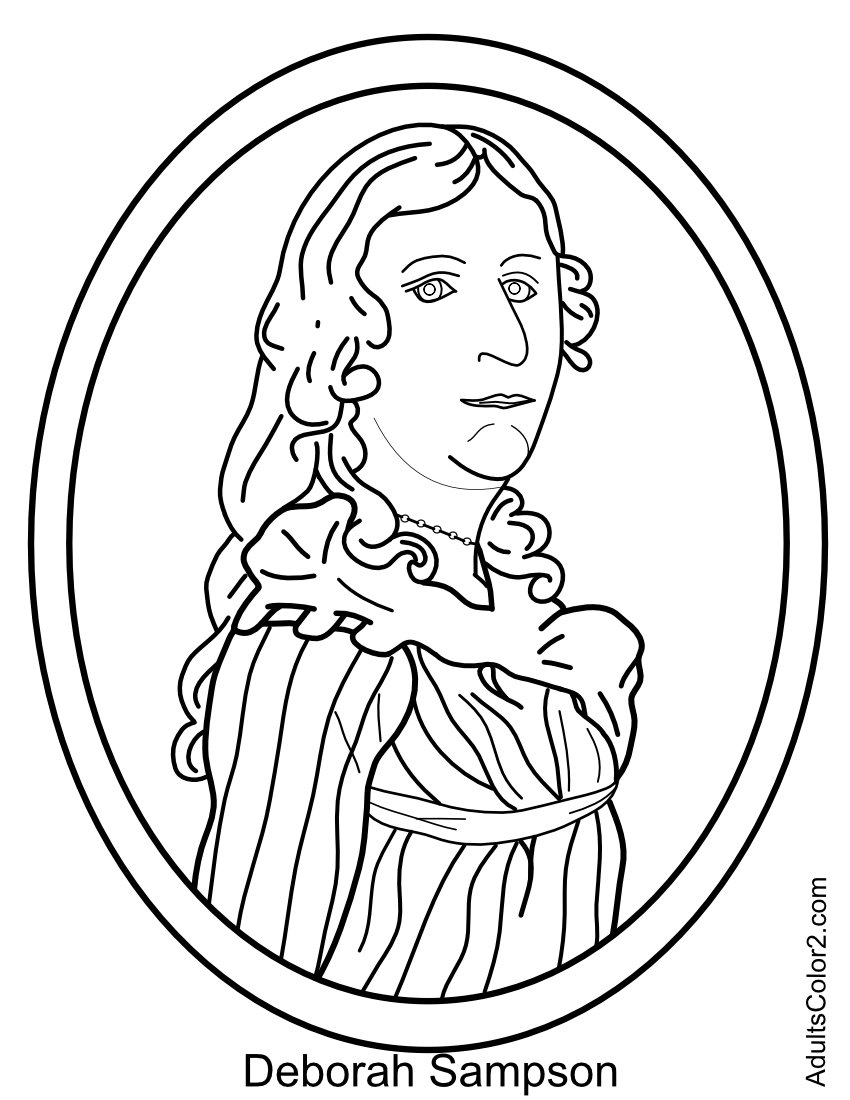 James Armistead was born a slave but died an American Hero.  He risked his life spying on the British.  His  crucial information helped lead to the momentous defeat of the British at Yorktown.

He was finally granted his freedom in 1787 by the Virginia Assembly.  His important work as a spy under the Marquis of Lafayette and the support of his master was pivotal to his attaining his liberty. 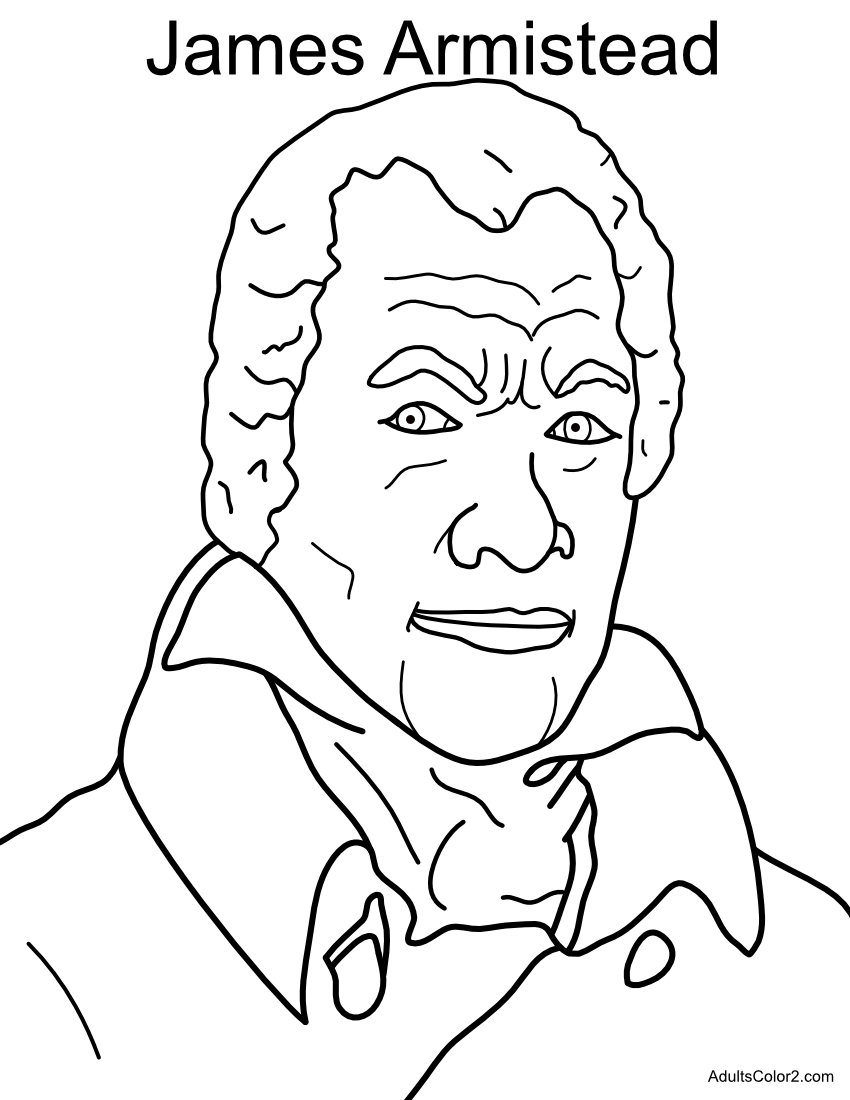 He, along with those above and countless others, launched our country into the history books.  Through their heroic efforts a tiny group of colonies became a nation like no other.

Imperfect but struggling to be better. 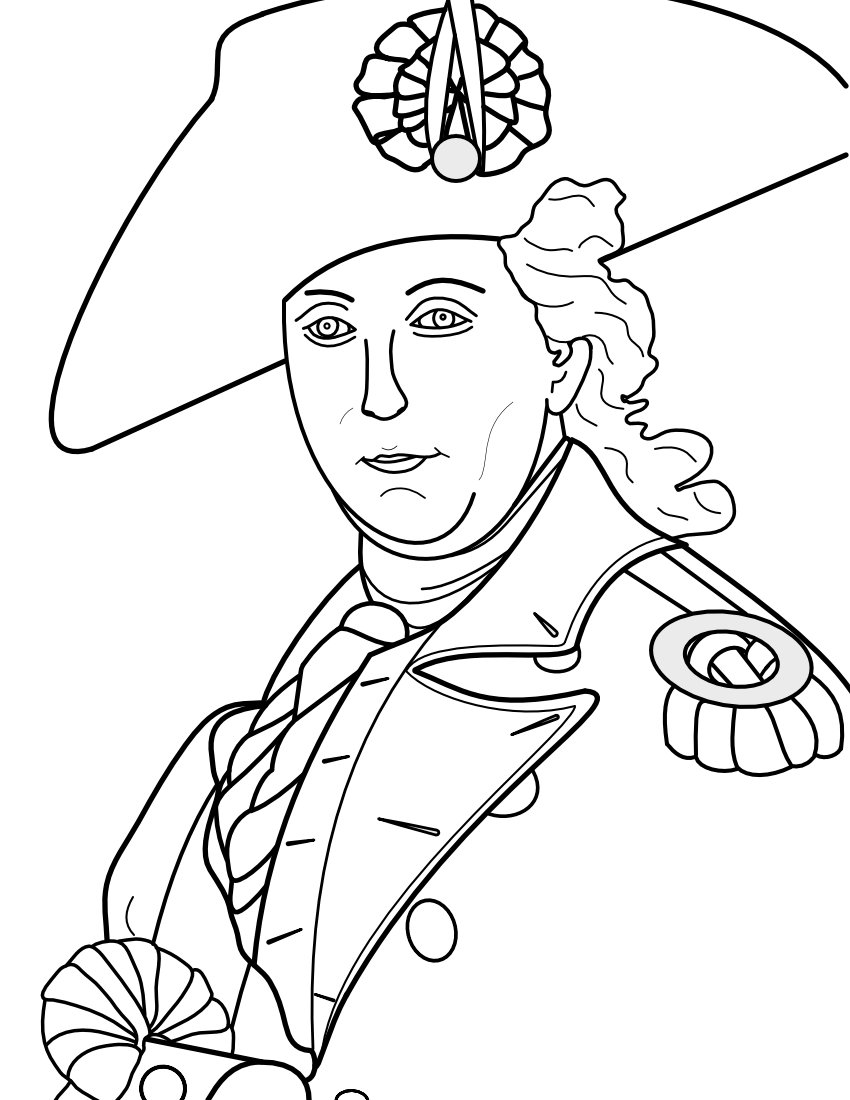 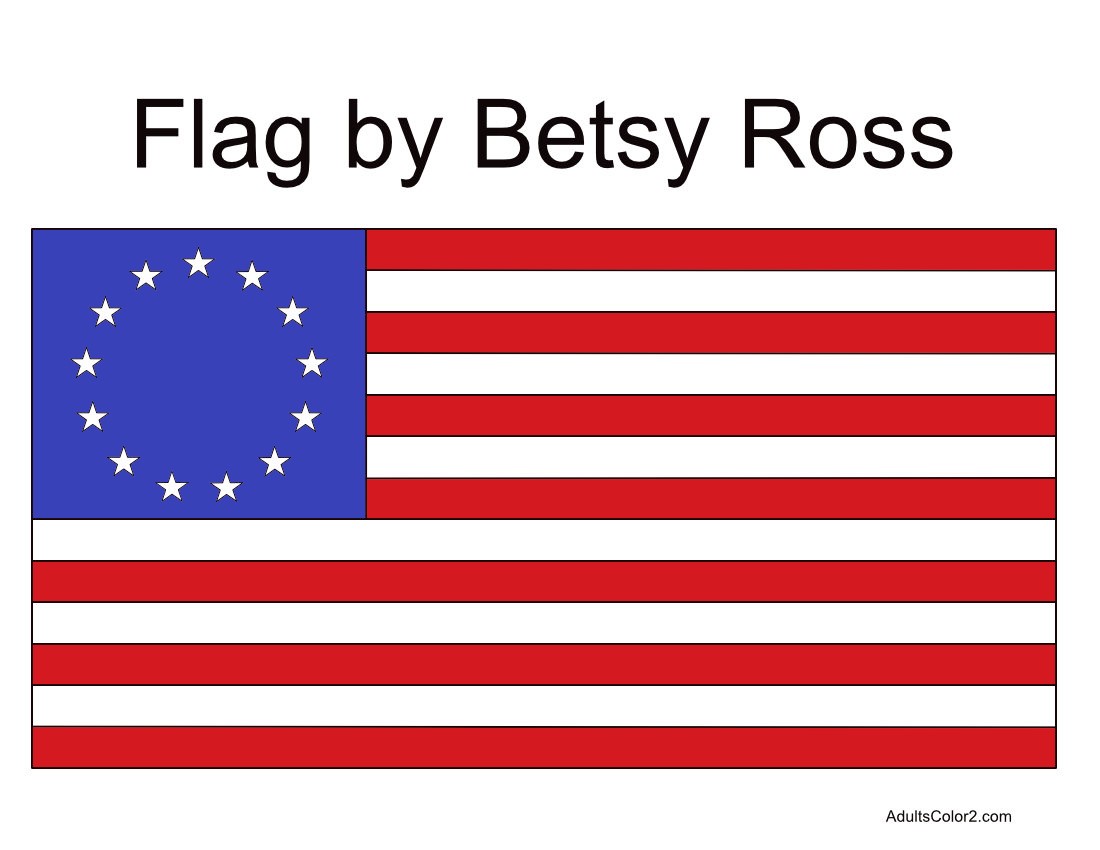 Betsy Ross is said to have created this first American flag design around 1777.   Apparently, there's no actual historical proof that she did but it's still a great story, right?

The story goes something like this...  George Washington dropped by with a flag design that featured six-sided stars.   Betsy, the expert seamstress, said five-sided stars are far easier to cutout.  So that's what she did.

Perhaps you would enjoy displaying the flag with a nice American eagle?  That's very patriotic!  Probably less likely to frighten your neighbors, too.

You really don't want to end up celebrating your freedom from behind bars!  So do one of the Fourth of July coloring pages instead. 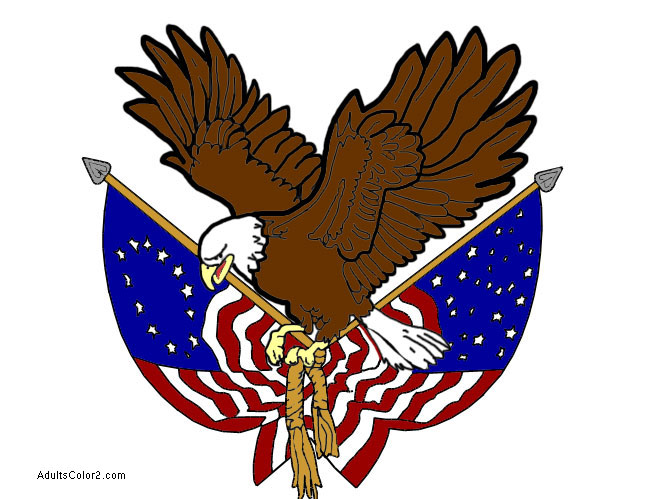 Wouldn't it be great if we could hear the Liberty Bell ring out once more?  Sadly, the old girl is no longer able to proclaim liberty.  She has left that job up to you and me!

Why not honor her with this Fourth of July coloring page? 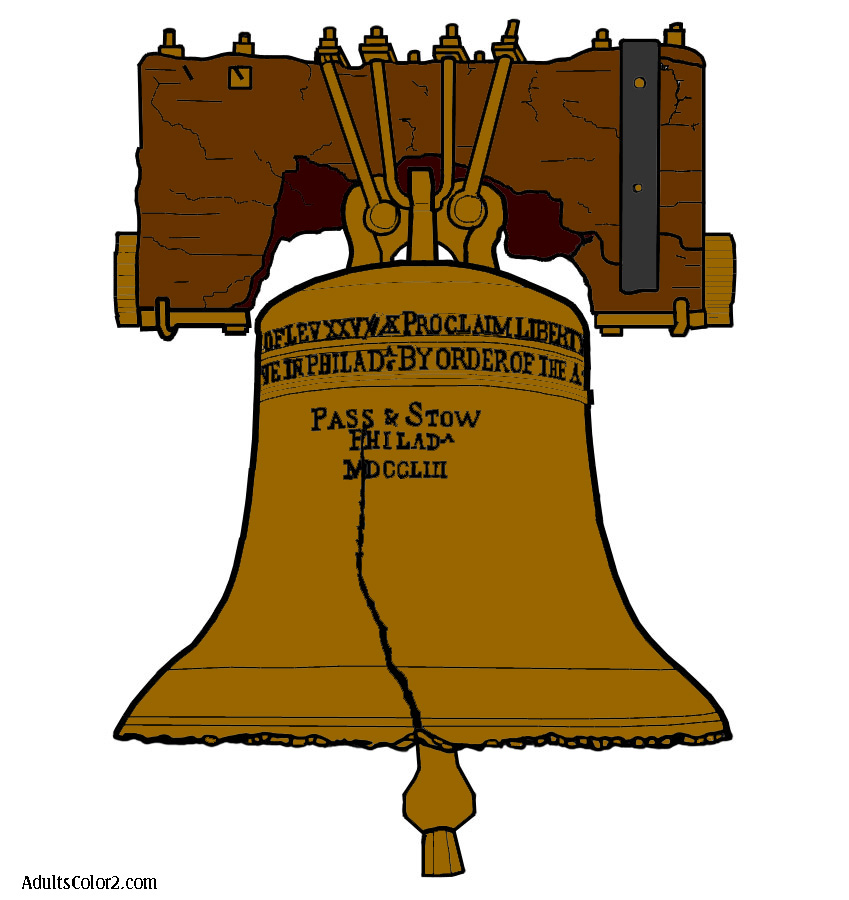 There she is...the first Miss America!  Still looking good after all these years.  How does she keep her figure?  Guess that torch is heavier than it looks.

Help her keep it shining!  Celebrate your freedom on this Fourth with your own copy of her image.  Pass it on! 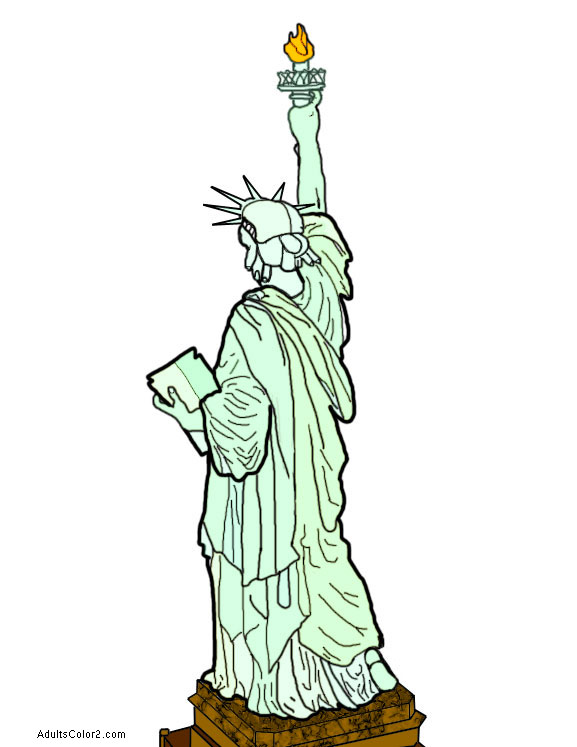 Maybe you'd like to dress up as Uncle Sam?  Or rather color this famous American symbol.

You probably couldn't fit into this tiny costume, could you?  I mean we've never met so...idk. 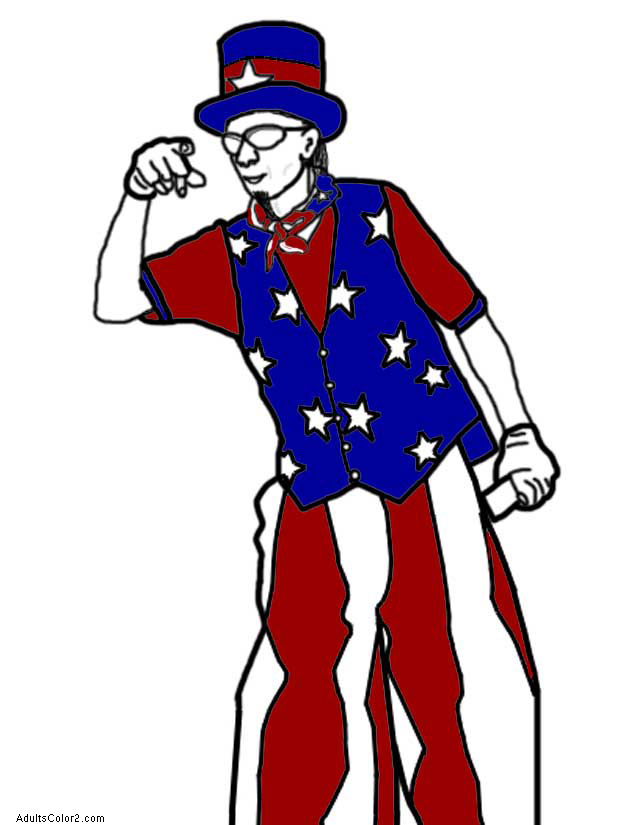 That' all the patriotic Fourth of July coloring pages for now.

Now it's time to get yourself ready to cookout and enjoy fireworks with your fellow Americans!  Go celebrate!!