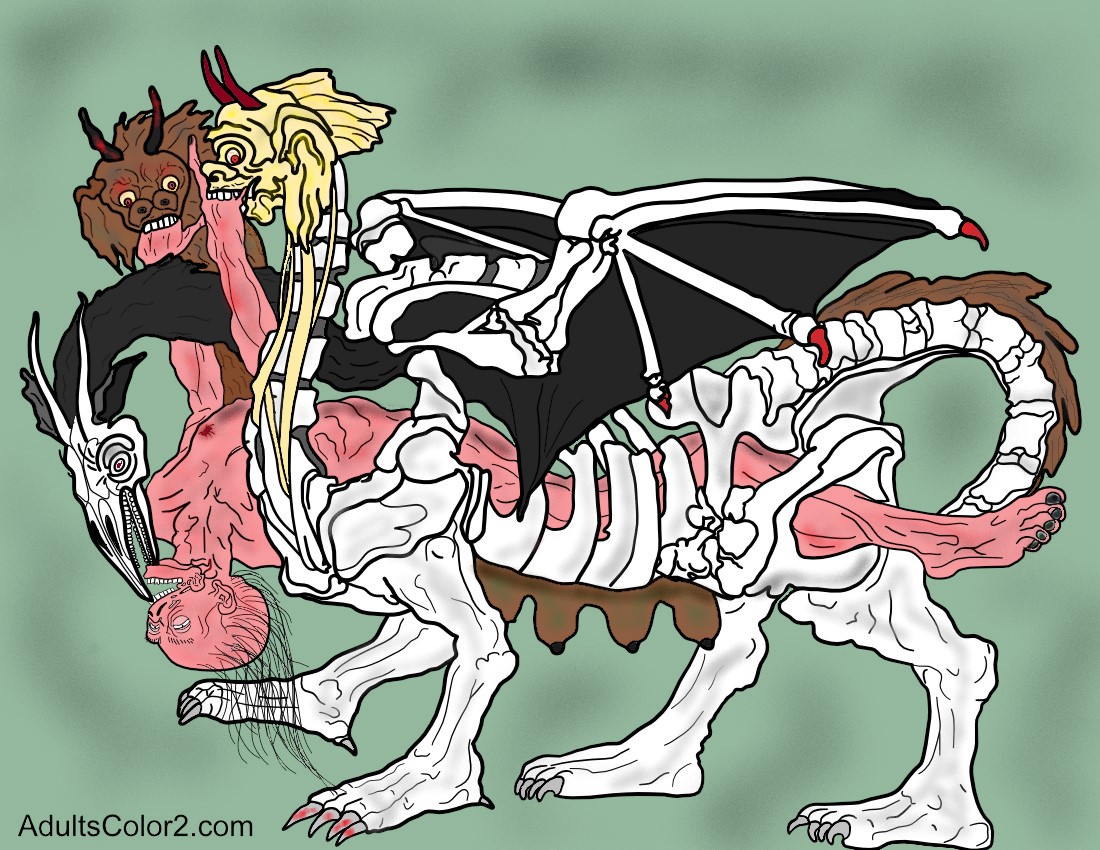 Mythic beasts really do exist.  Well, bits and pieces do!  Thankfully these guys aren't real or you might end up being consumed by one!

Humans have flaked and formed fabled animals from real ones.  Homo Sapiens enjoy a good story with a message.

So the ancients conjured up fantastical creatures to explain the weirdness of the world.  Tales that would guide and endure.  Before books, movies, tv, cgi or the internet, the mind was the platform.

Come color a chimera, kraken, gorgon, cyclops, hydra, griffin or Quetzalcoatl.  Or maybe the ferocious water horse of India is more to your liking?

Chimera are mythic monstrous mixed-up creatures that breathed fire.  Usually they have the head of a lion, the body of a goat  and the tail of a snake.

But as you can see there are no hard-and-fast rules in fantasy land.

This beast is said to be a sibling of the Lernaean Hydra.  Source: Wikipedia

That's the multi-headed creature (found down this page) being defeated by Hercules. 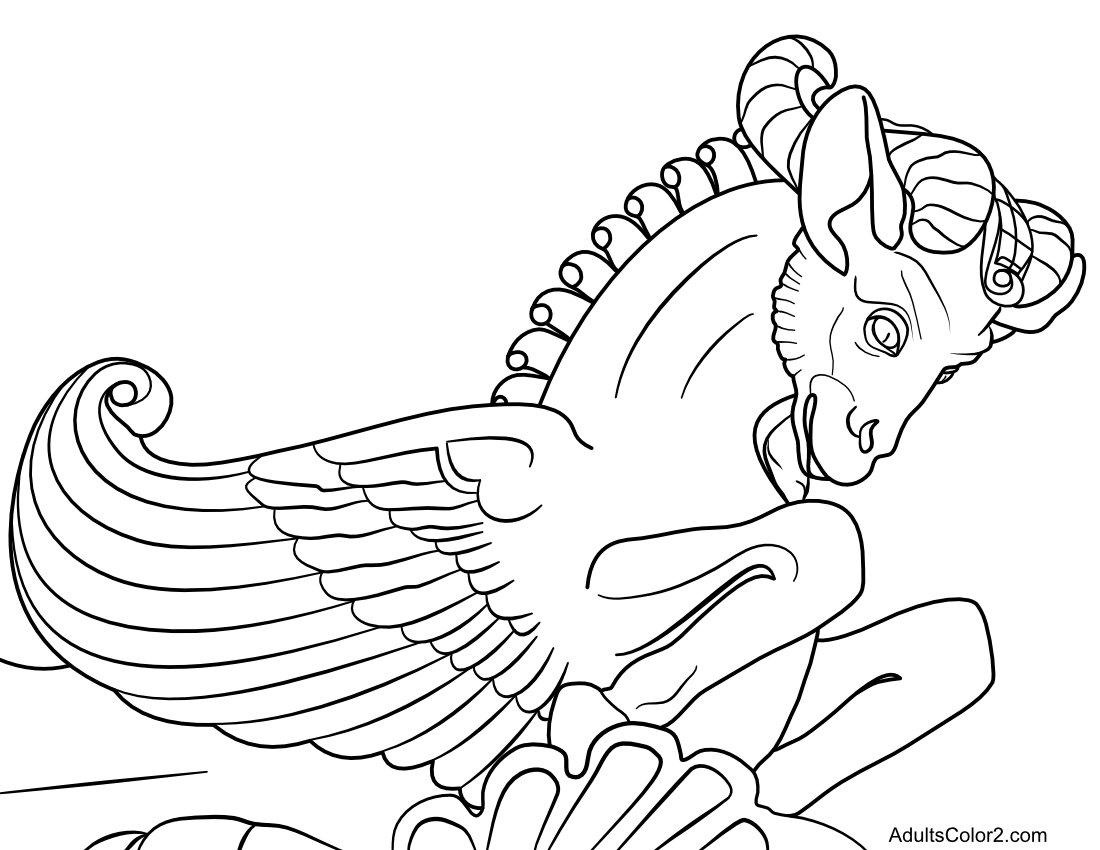 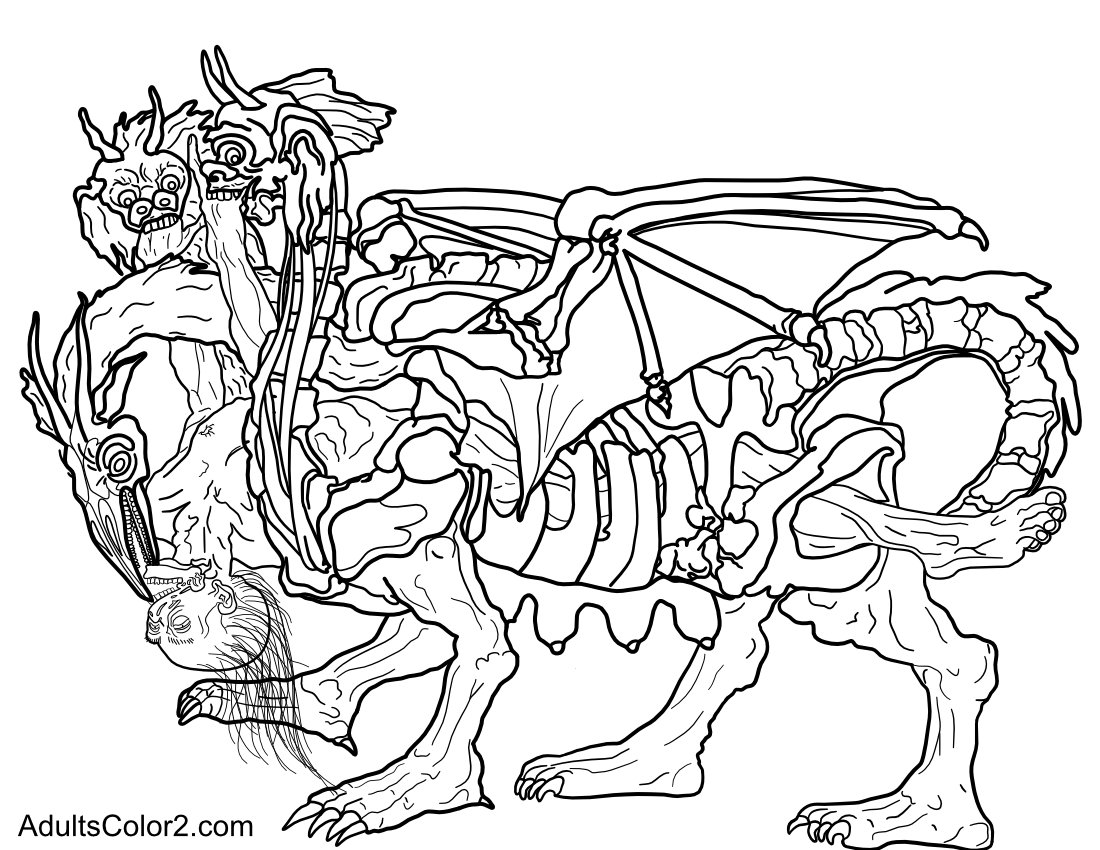 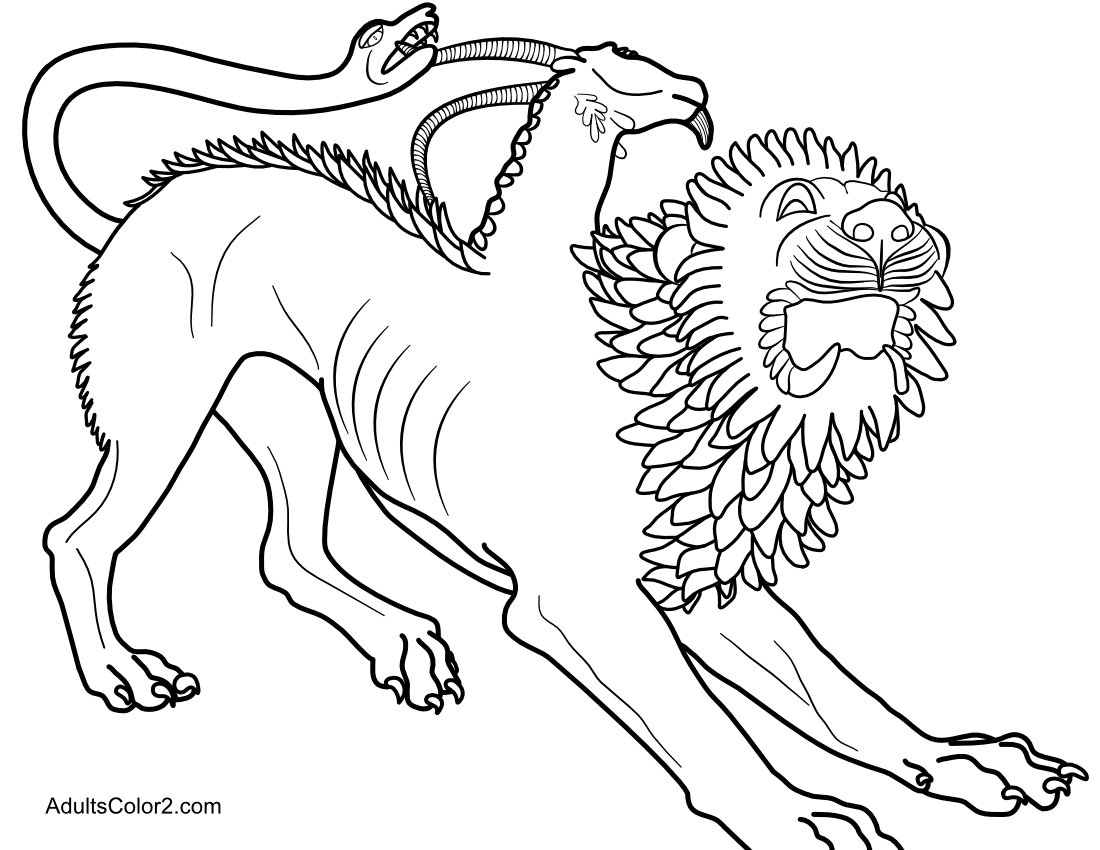 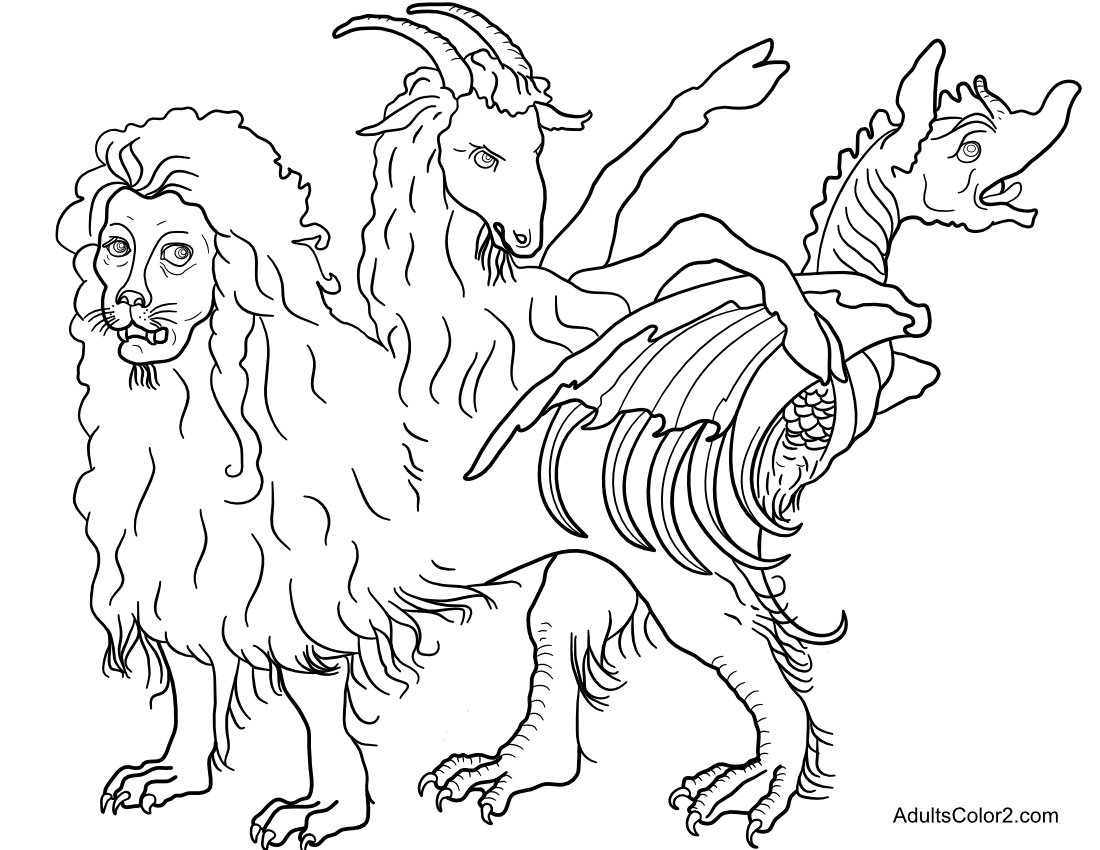 The Ancients believed that these beasts protected great treasures.

The slightly less ancient peoples of the Middle Ages considered the Griffon to be a majestic and very powerful creature.  Why?  Because he was made up of the lion, king of the beasts, and the eagle, king of the birds.  Source: Wikipedia

I believe they make great mythic beasts for coloring pages! 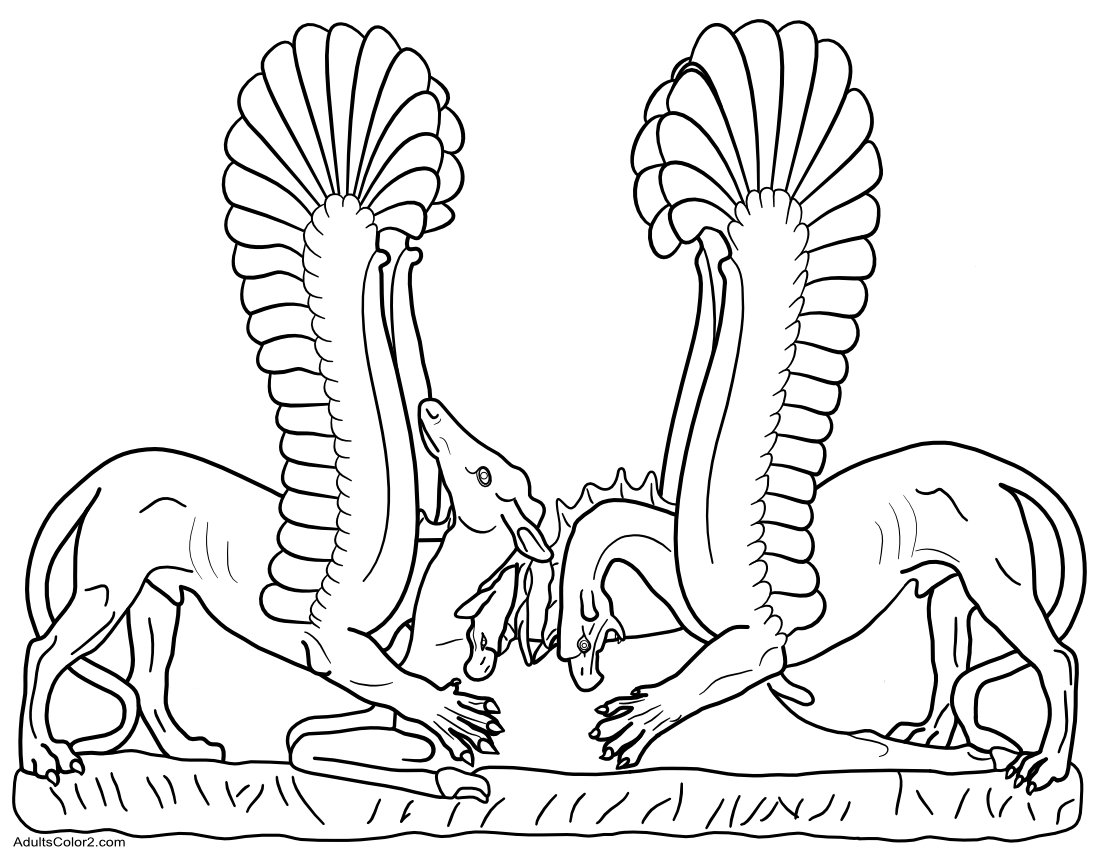 One of the weirdest mythic beasts has to be the cyclops.  Yikes!  Poor things aren't know for their beauty.

Legend says that these three cyclopes were confined to the center of the Earth by their dad, Uranus.  There these immortal giants forged the lightening-bolts of Zeus.  Source: https://www.theoi.com/Titan/Kyklopes.html 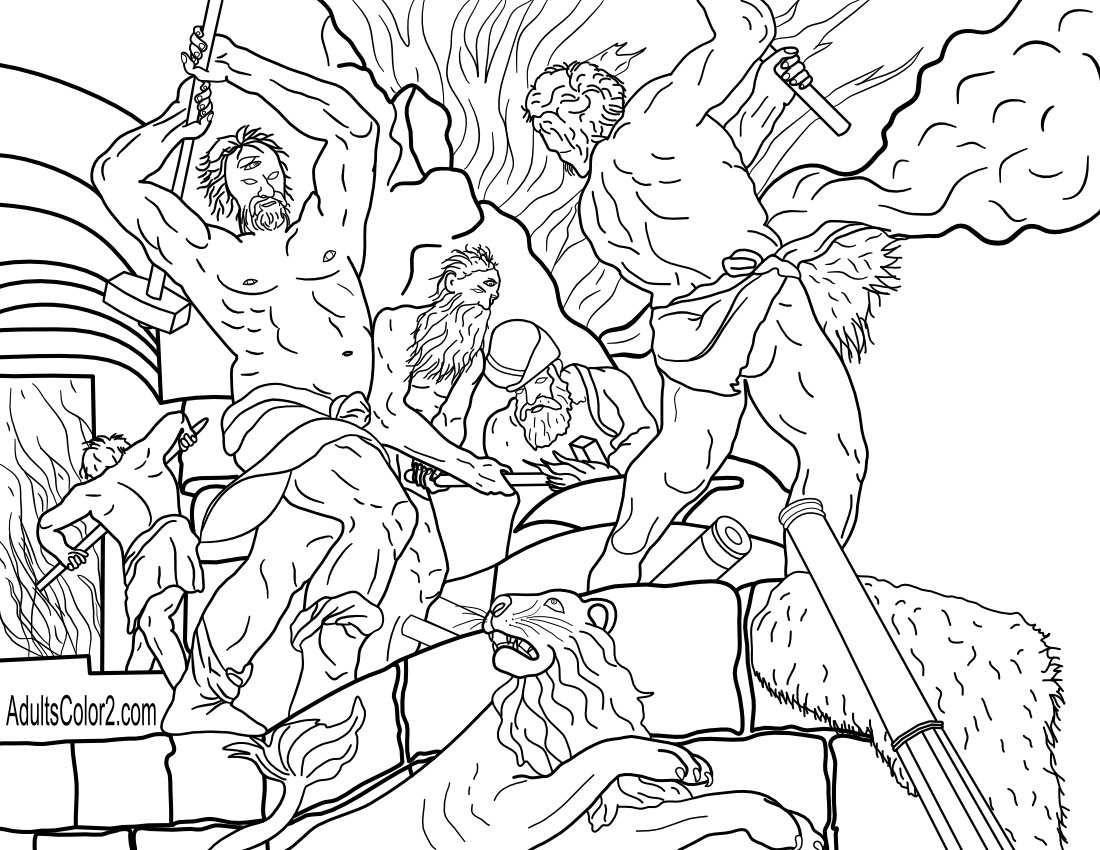 But maybe, just maybe this guy should be famous for inventing the game I spy with my little eye.  Not buying that?  How about for originating the expression I've got my eye on you?  Maybe...

Keep your eye on this page.  I might add more one-eyed beauties in the future. 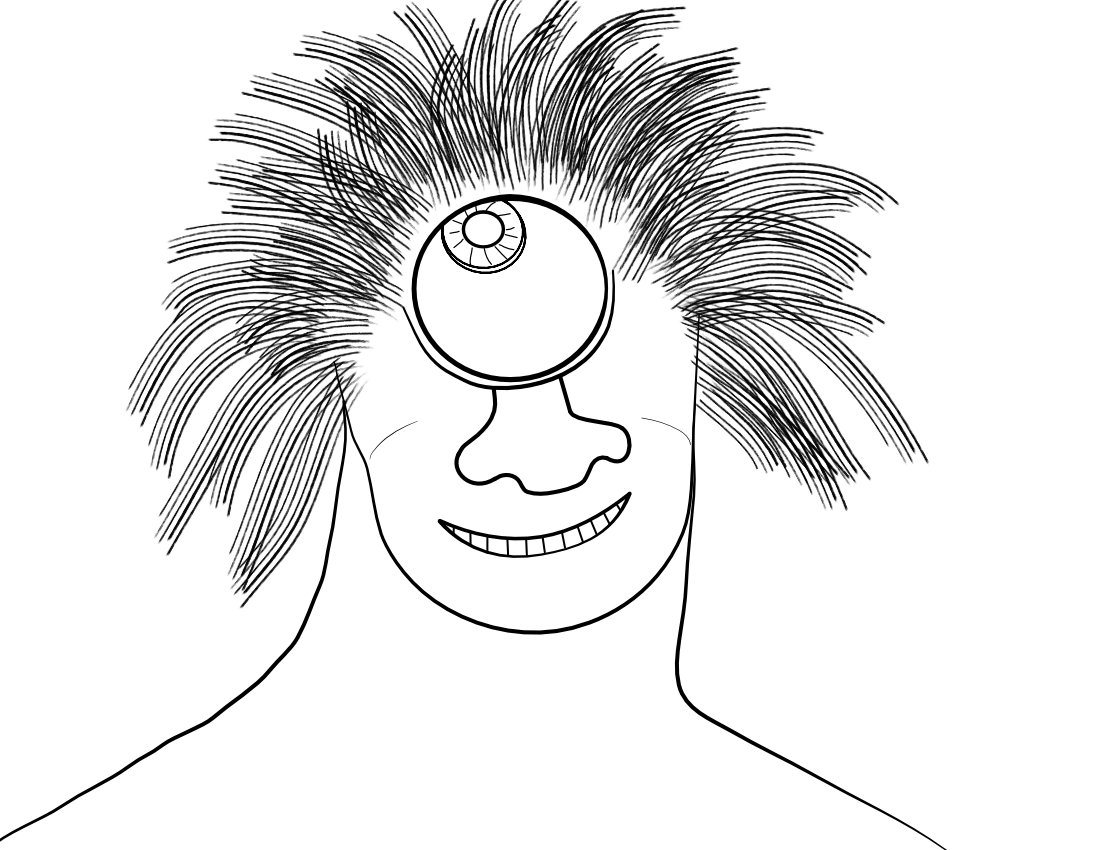 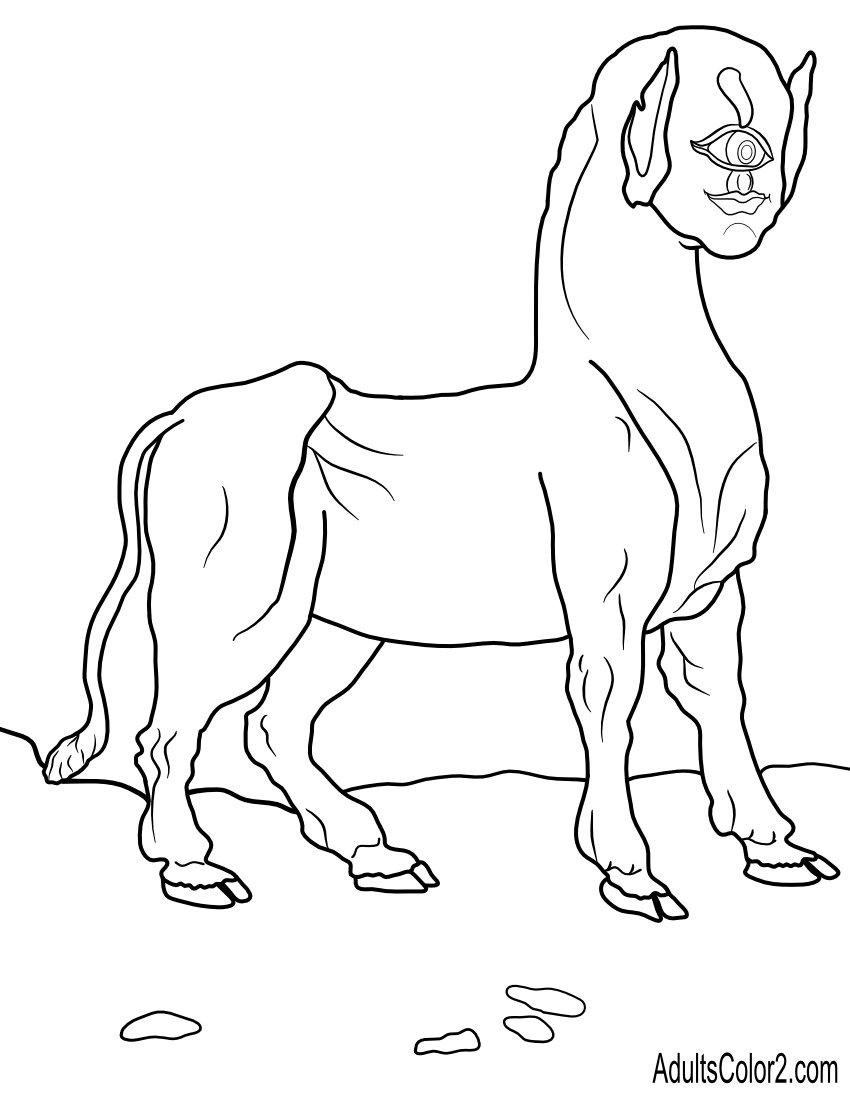 The Hydra: Mythic Beasts with Many Heads

The terrible Hydra with as many as 50 heads and breath of fire. Head number depended on the storyteller.

That's Hercules and his nephew Iolaus trying to kill the Hydra of  Lerna.  Two were needed to kill this mythic beast.  One two cut off the heads. The other to burn the neck with a sword of fire so it couldn't grow more heads.  Source: Wikipedia 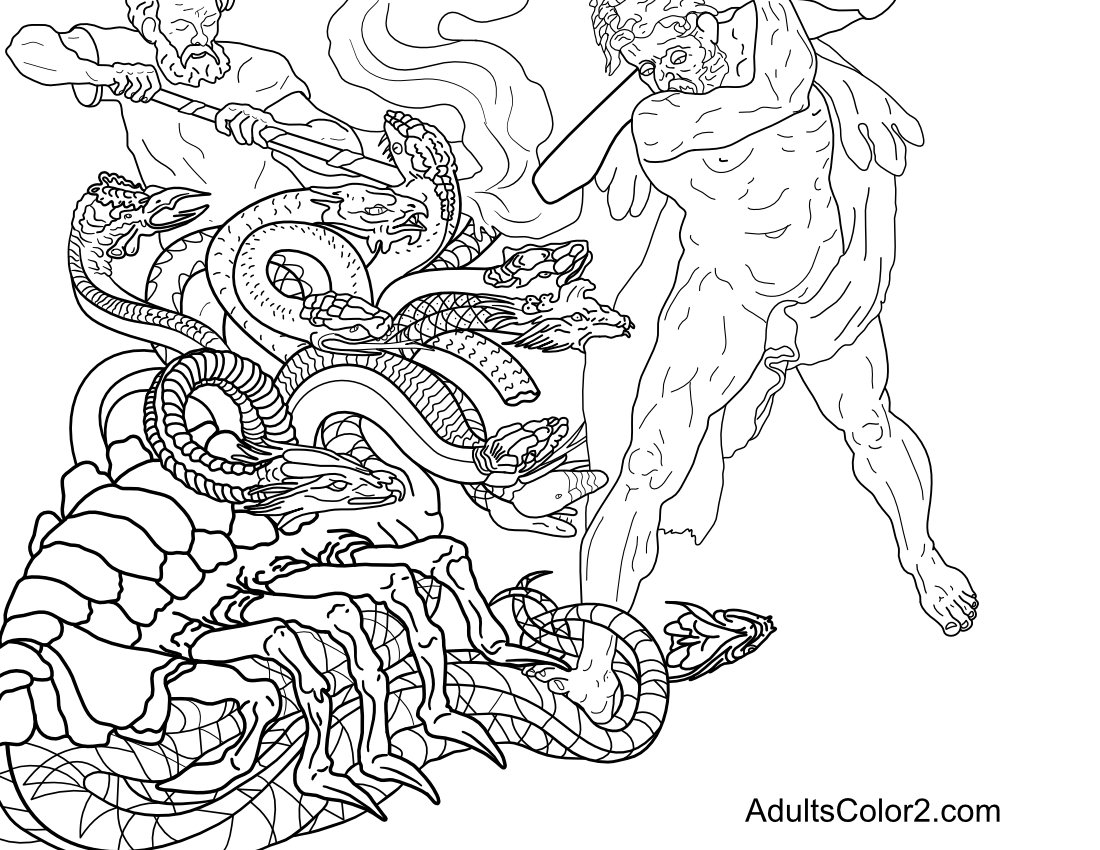 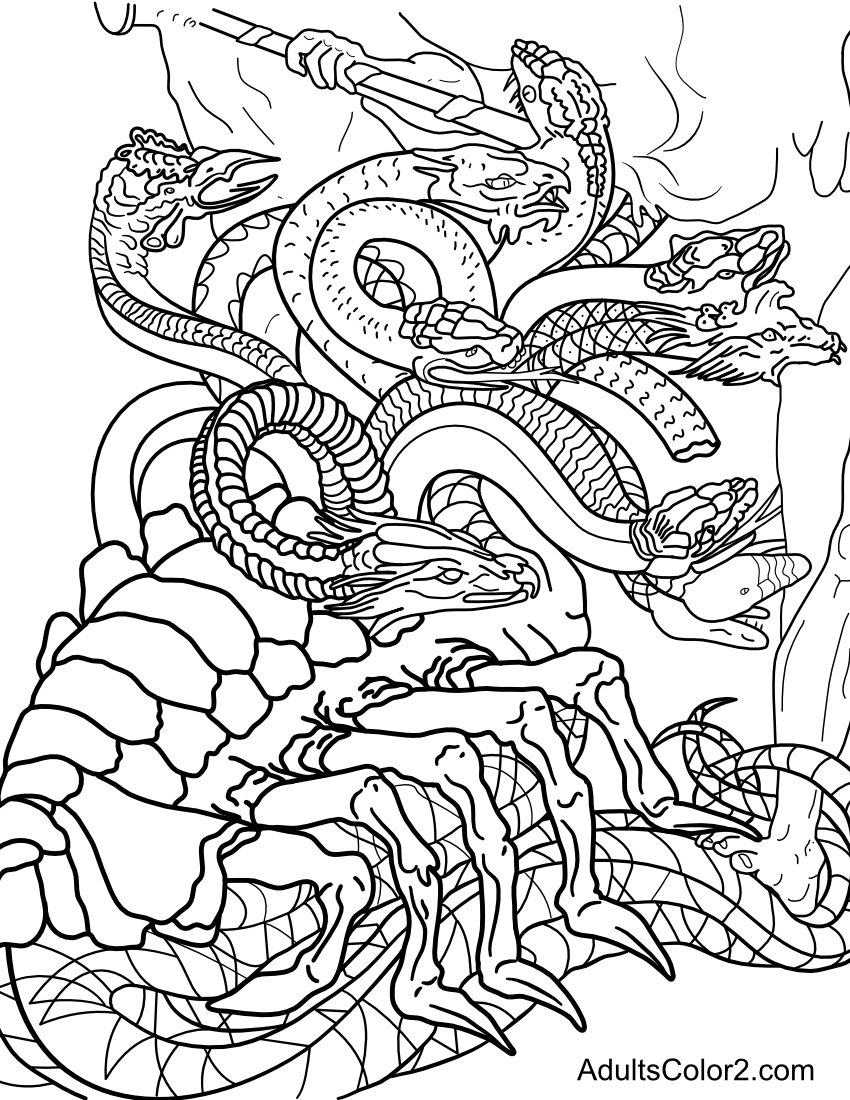 Here's another version of the beast from the 1558.  Weird because it looks like it has monkey heads wearing crowns to me! 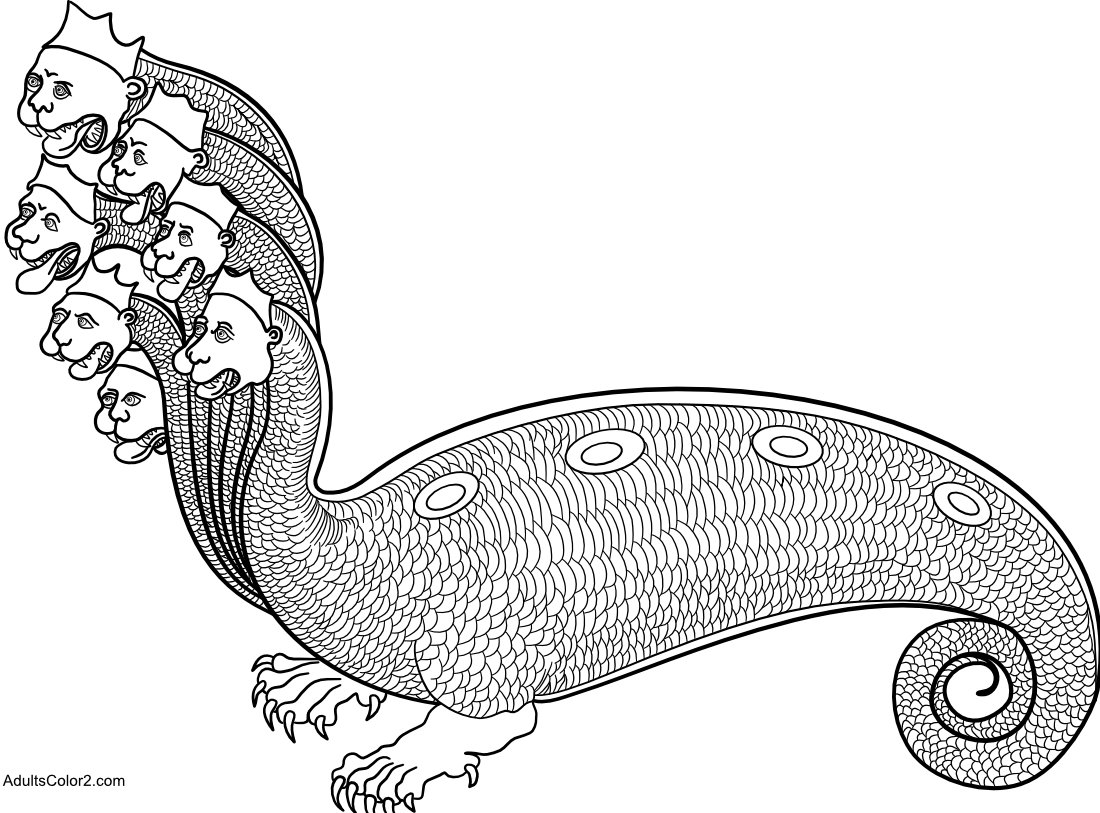 Gorgons, sisters who can turn you to stone if you look at them.  You may be familiar with Medusa, the famous gorgon.  She had two sisters, Stheno and Euryale.

Their hair was a bit unusual.  They had a full head of live, poisonous snakes.  Source: Wikipedia 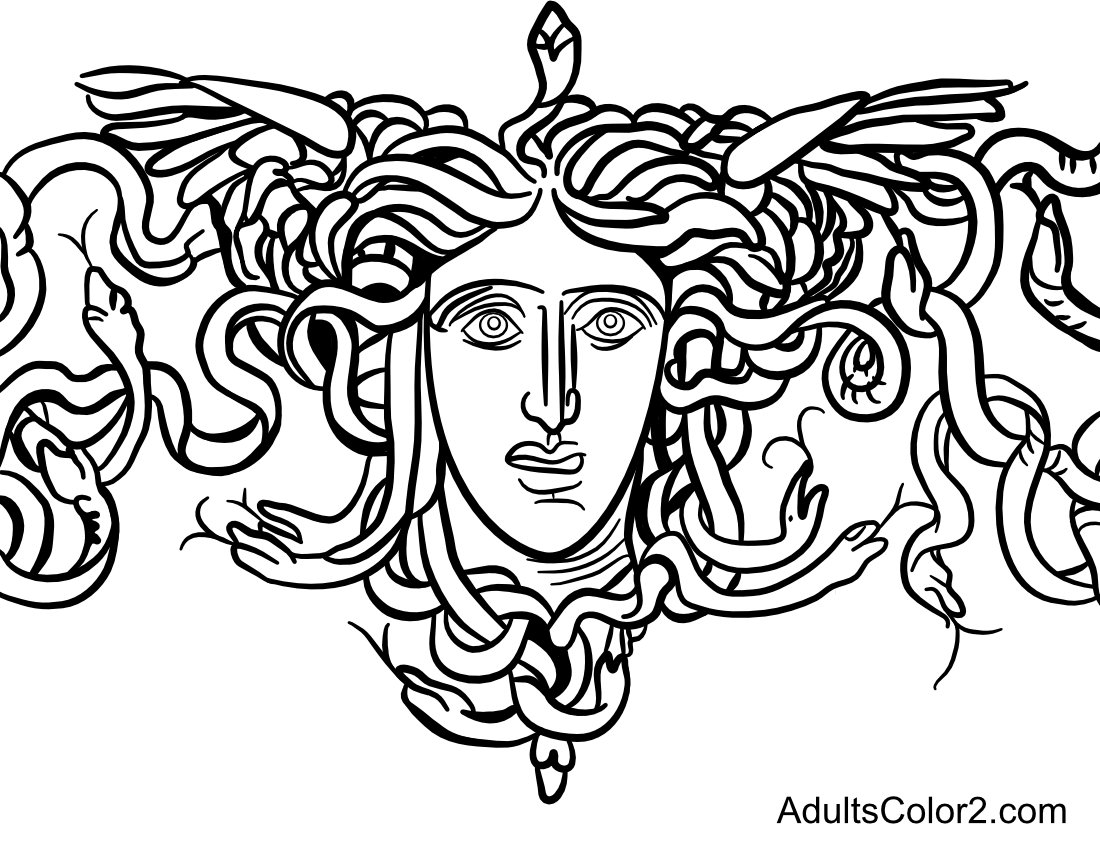 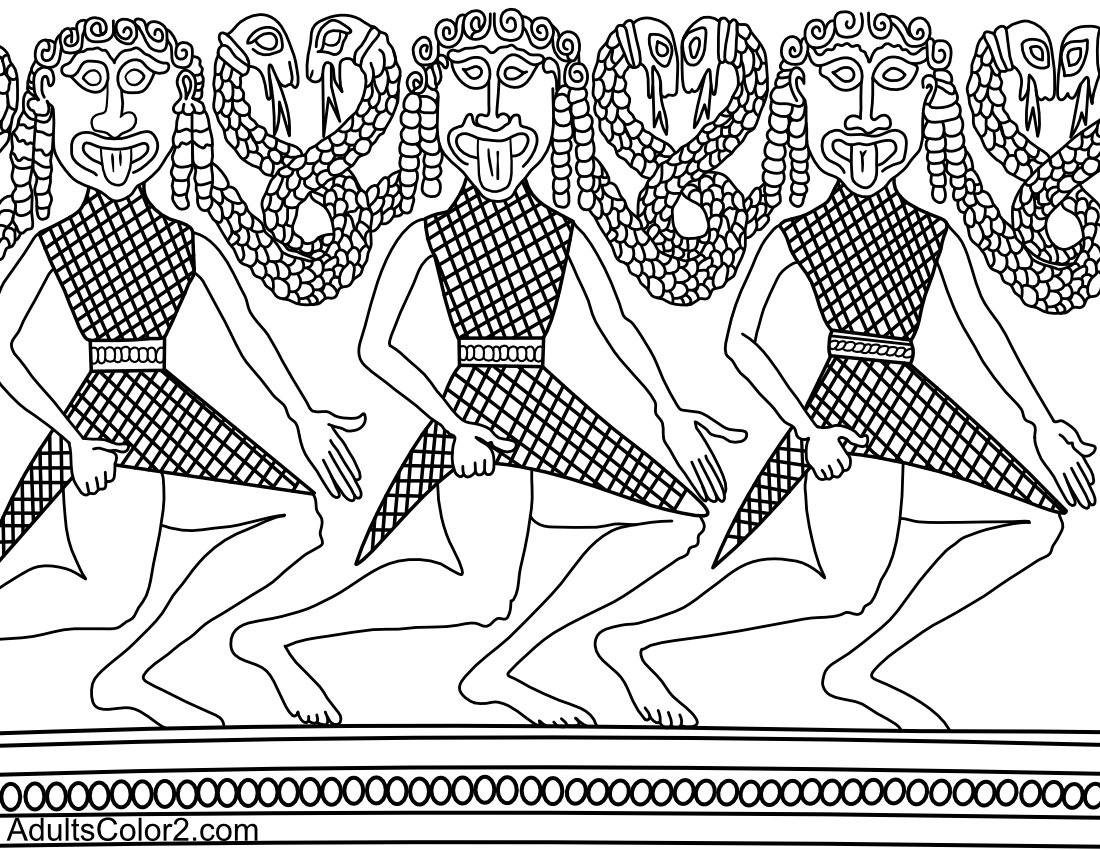 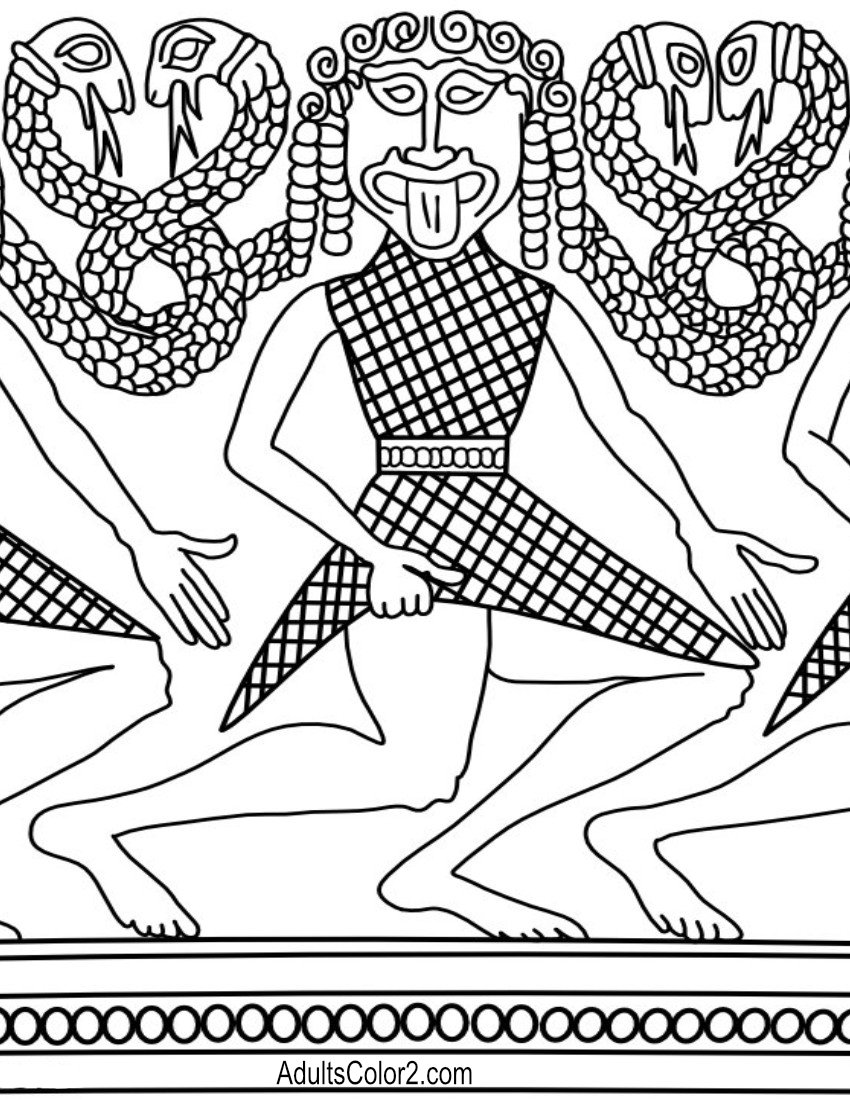 No, not the famous Arizona city.  The mythical bird that rises from the ashes. 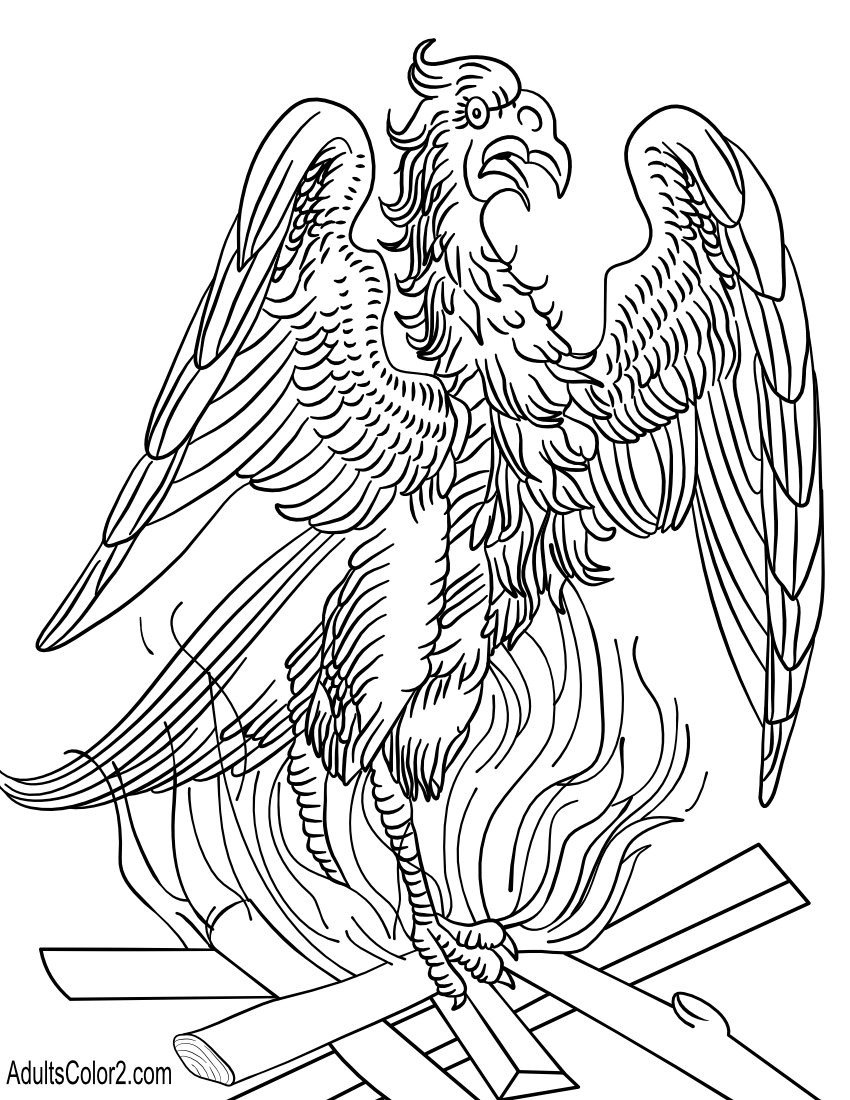 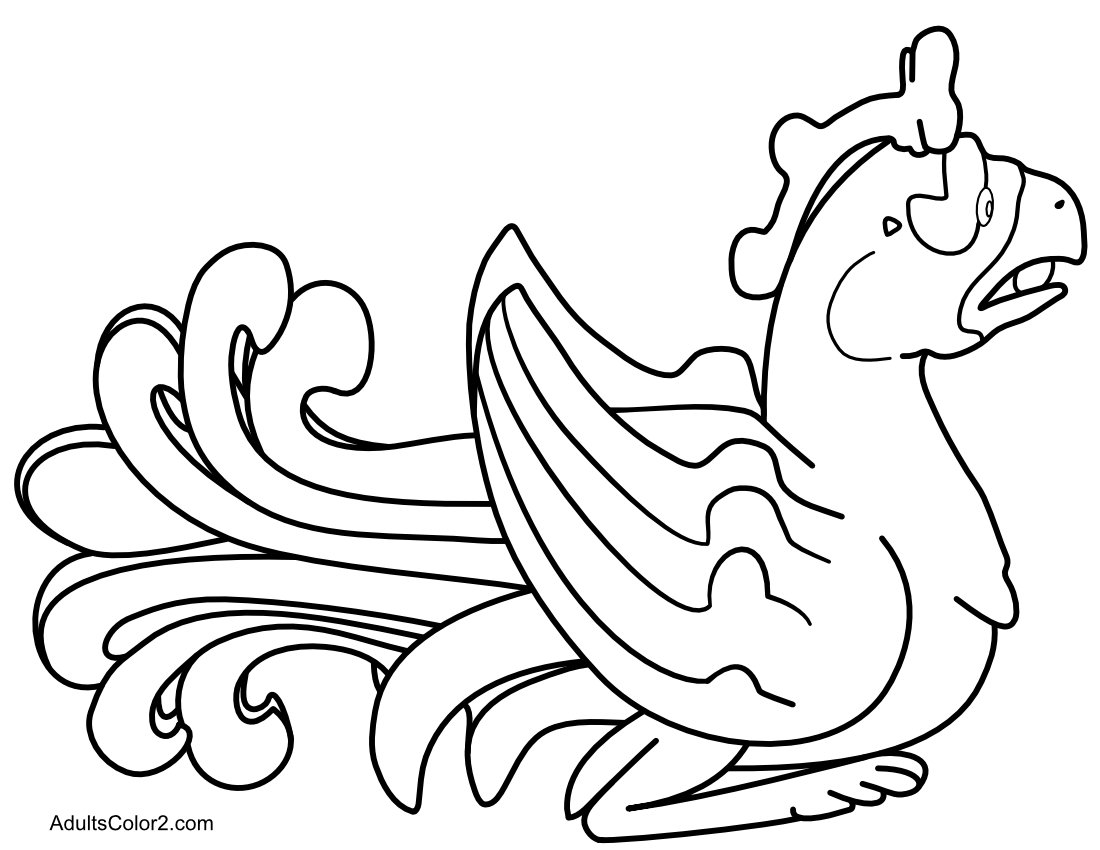 Not a real denizen of the deep, thankfully!   But this voyage-ruining villain of the waves may have a basis in reality.

The giant squid might grow as large 40 feet or more with huge eyes.  Sooo, maybe this mythic beast is more fact than fiction! 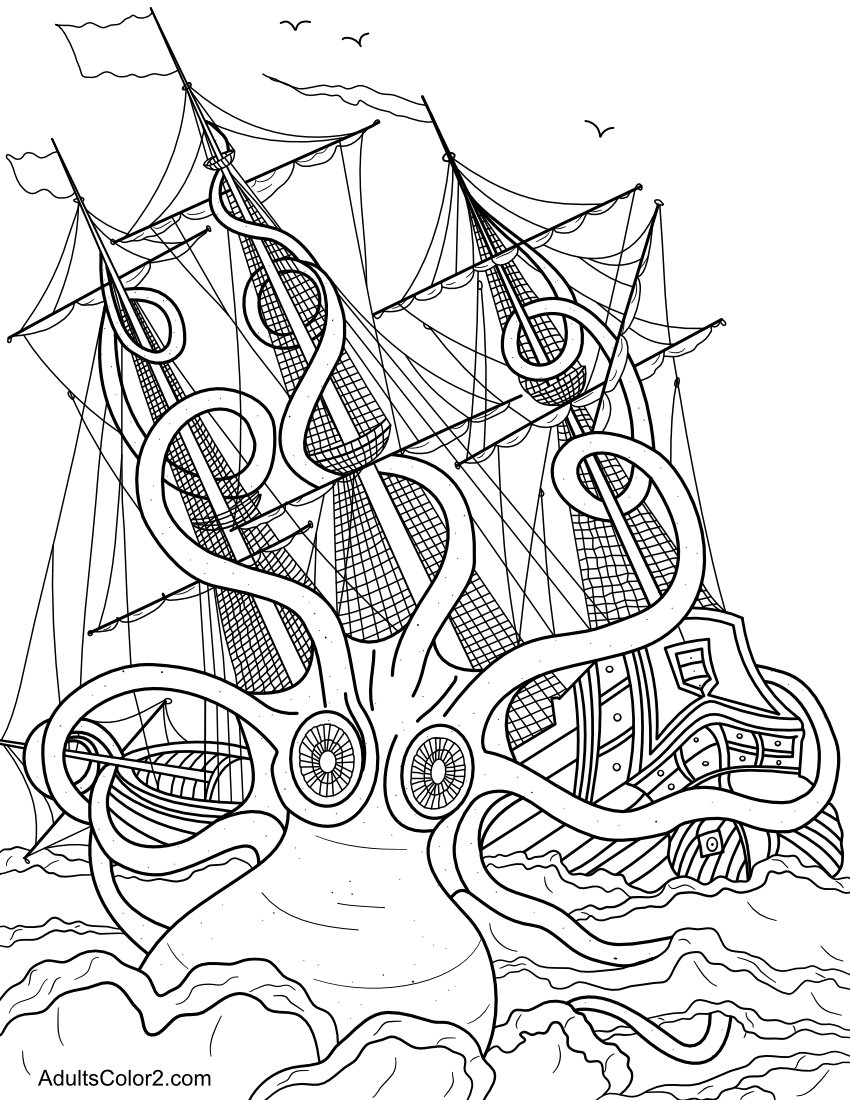 Mesoamerican feathered serpent god with many names..  The Aztecs call him Quetacoatl.   The Yucatec Maya know him as Kukulkan.  The K'iche' Maya refer to him as Tohil.  Source: Wikipedia

I think we can all agree to call him fearsome!  What a horrible fate for this poor fellow. 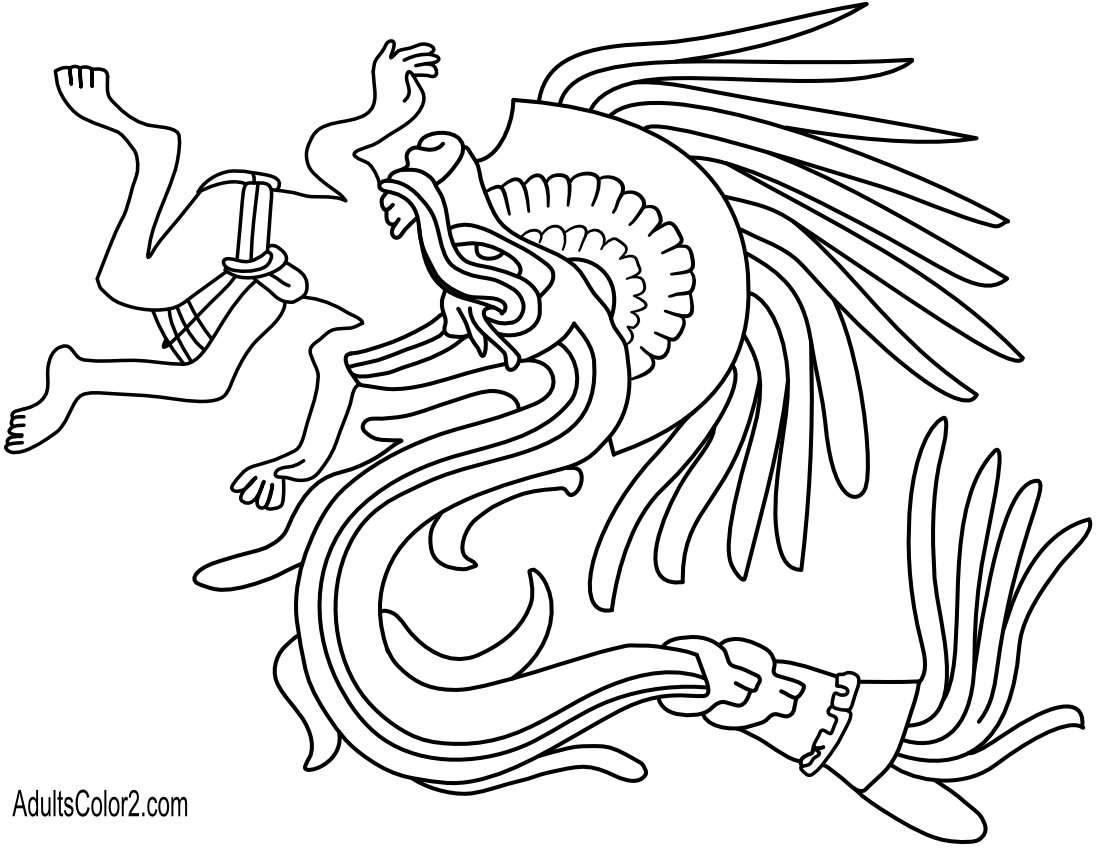 Last but not least, the wild water horse of India!   People from many parts of the world have claimed to see large animals in the water that look like horses with whale-tails.

I haven't seen one, have you?   If I do, I hope it's friendlier looking than this one. Yikes! 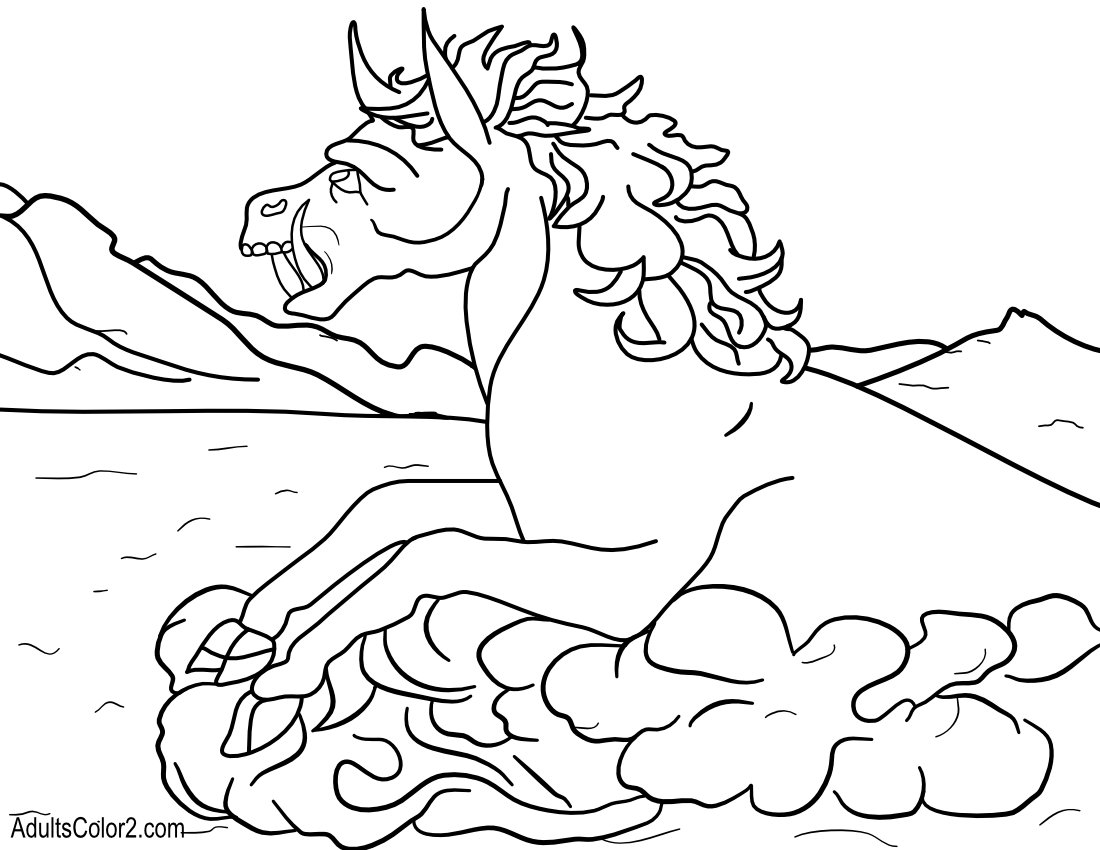 Now that was some epic mythic beasts coloring pages!  Quite an assortment of weird and wonderful beings.  I hope you enjoyed them.

Thanks for dropping by!   Don't forget to check back for more.