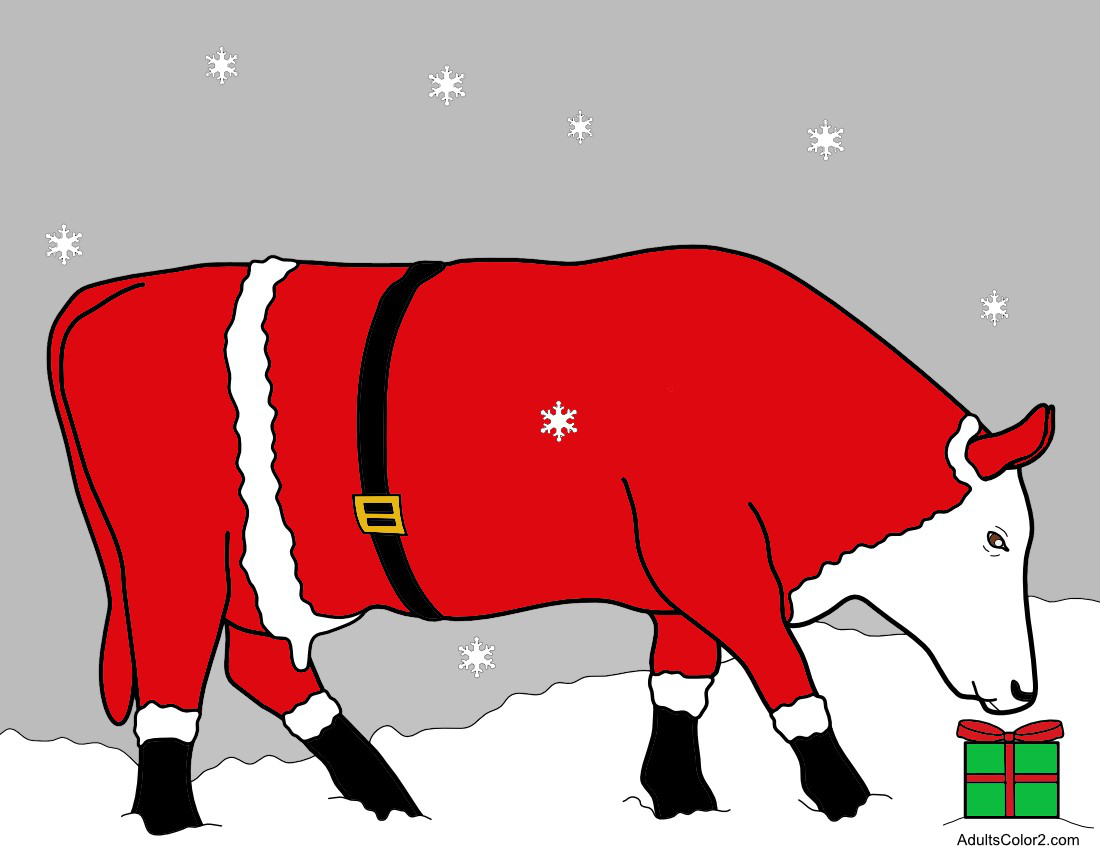 Santa Cow is coming to town! Oh, you were expecting Santa Claus? He's here too.

These Santa coloring pages explore the many sides of this guy.  He watches us to see who has been naughty or nice. He sneaks into our homes at night.  He...

Yikes! Who is this guy?  Good question!

You think you know him but do you?  Well...you'll see he's a tricky old elf.

Here's a pic of Jolly Saint Nick working hard in his shop.  Ok, this Santa scene is obviously from back in the day, waaay back. 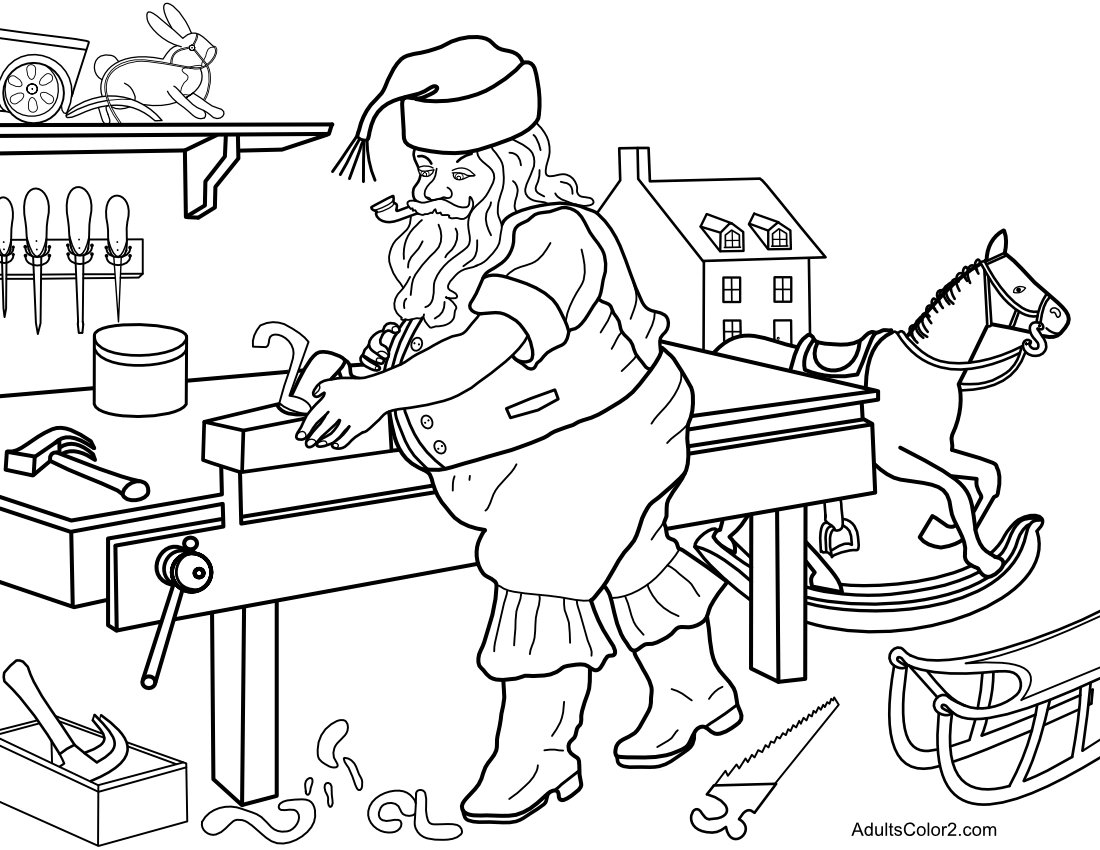 Once he's finished he'll load his blimp and be on his way!  Wait, what?  No sleigh or Rudolph?

Hmmm...giving the guys a day off?   No, blimps or dirigibles were a big deal about a hundred years ago!  So,  I guess you know I used an old pic for this one.

Speaking of old...let's take a look back and see where Santa reallly got his start.  You may have heard of St. Nick, not the tricky old elf, the generous saint.

That's St. Nicholas below.  He was charitable toward the poor, not the norm in his time (270-343 AD).  He also performed miracles.

So he was a great role model.  He was the first Santa Claus! 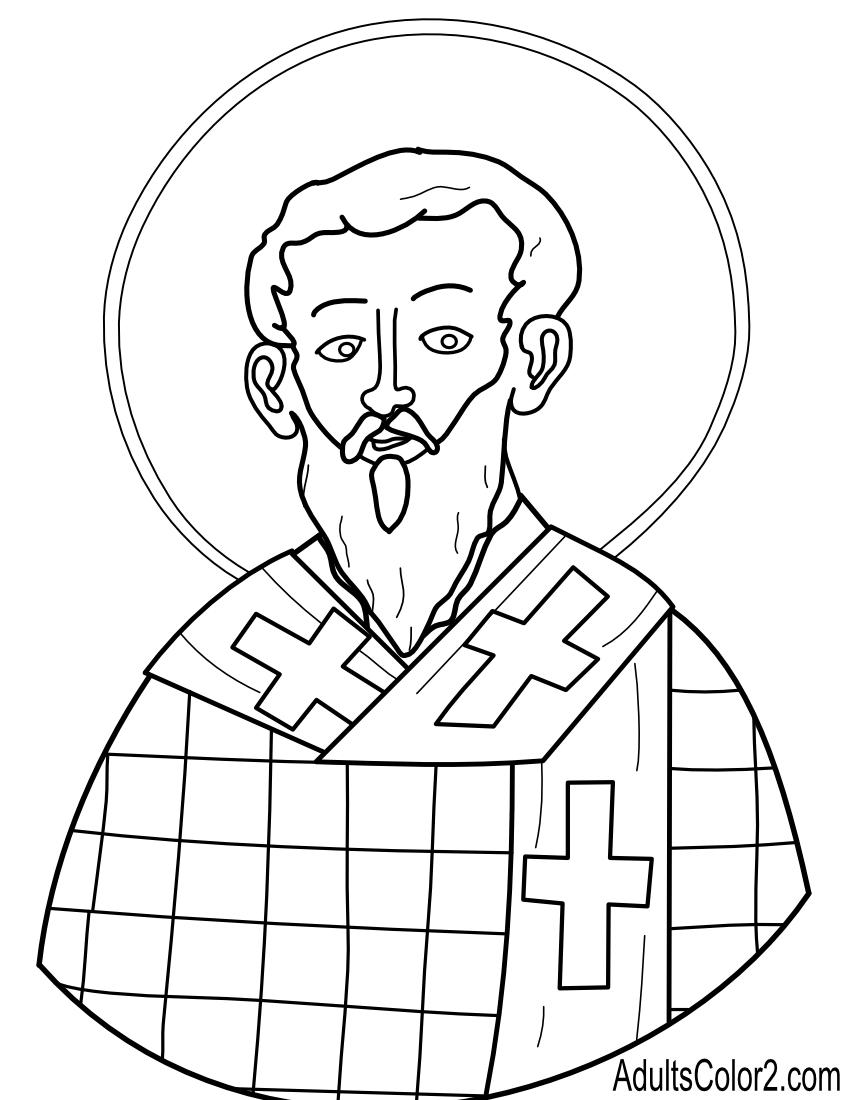 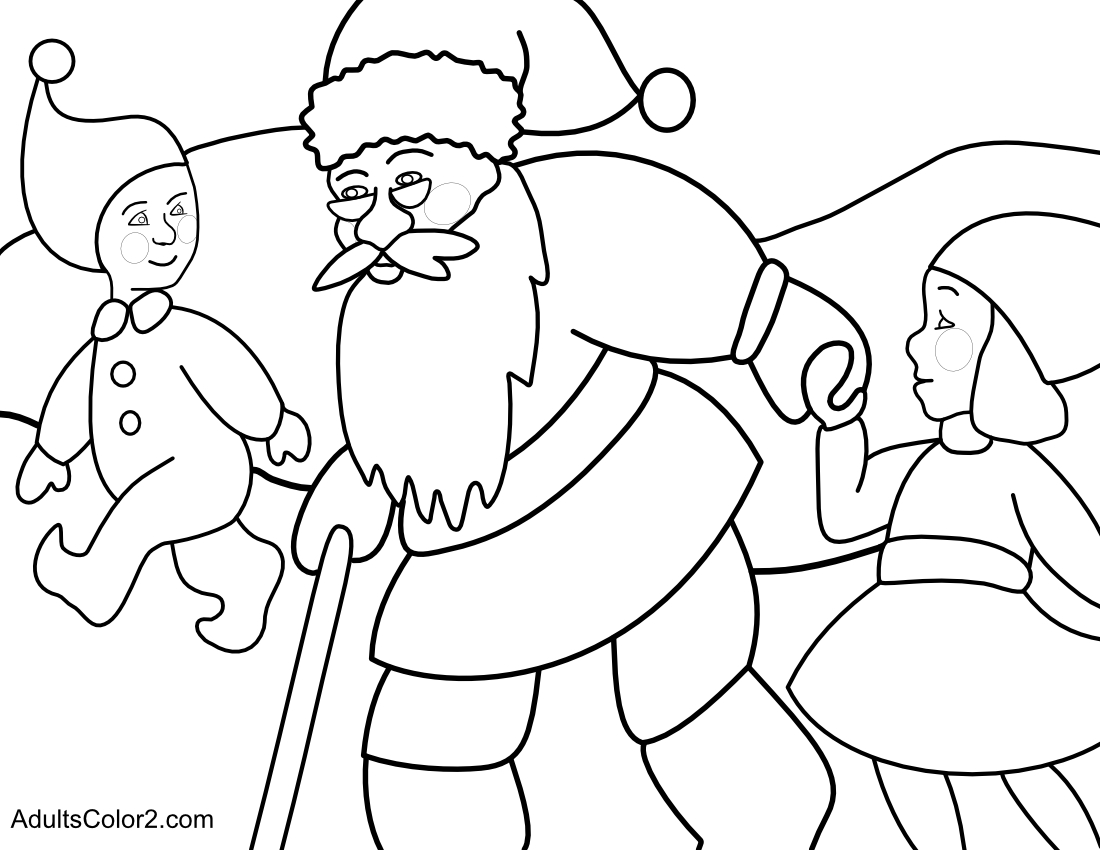 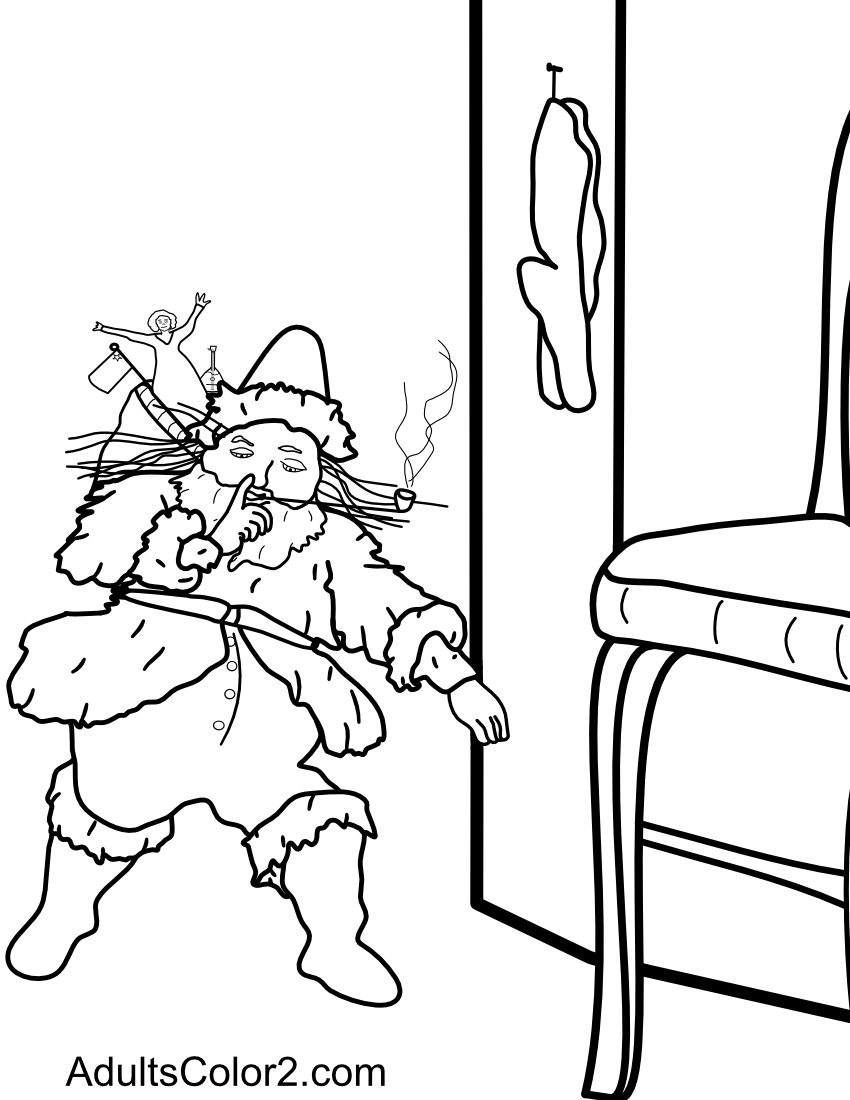 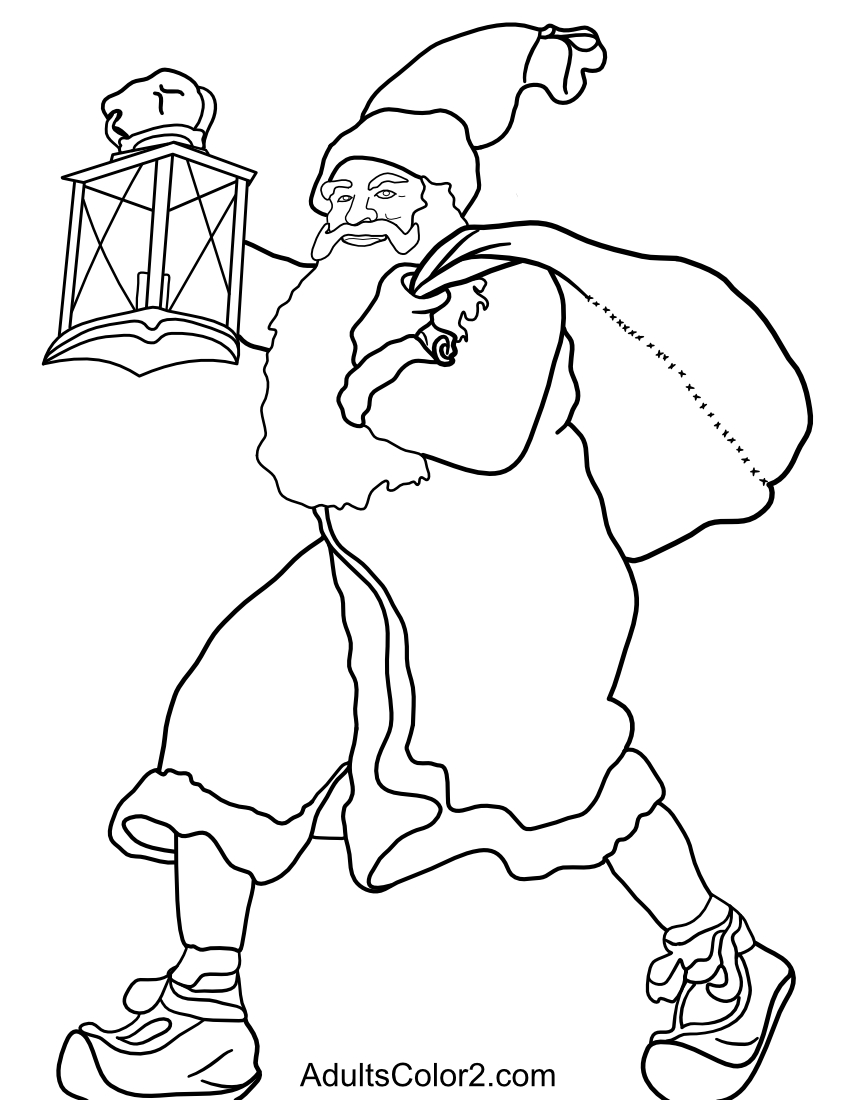 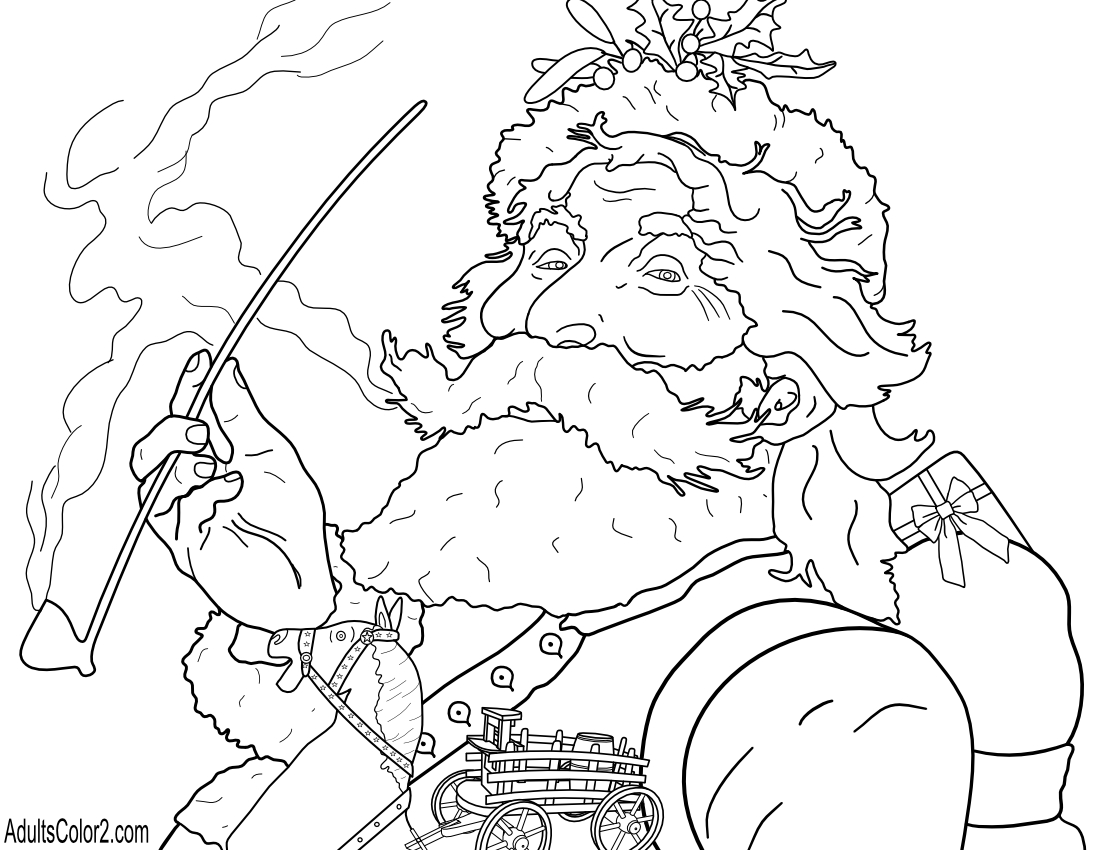 Maybe he's shown in his sleigh.  Speaking of sleighs... 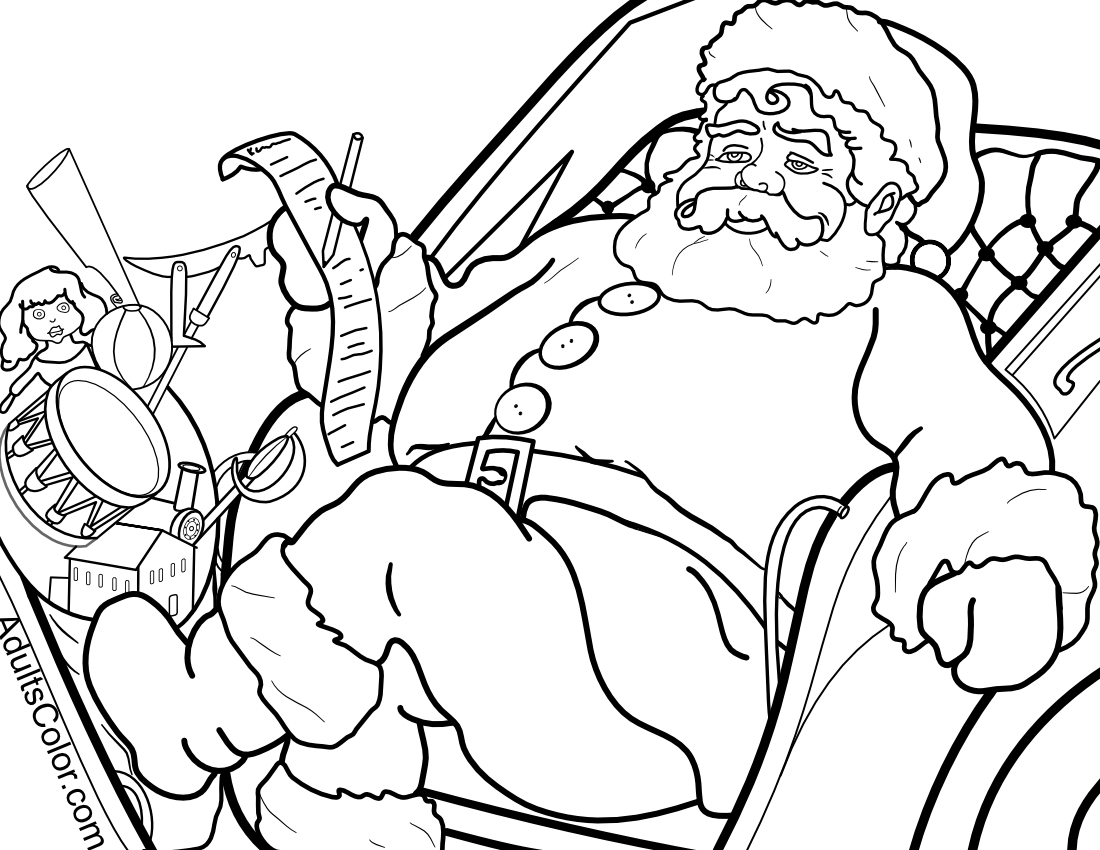 Some of his favorite ways to travel make fun Santa coloring pages for adults or kids. 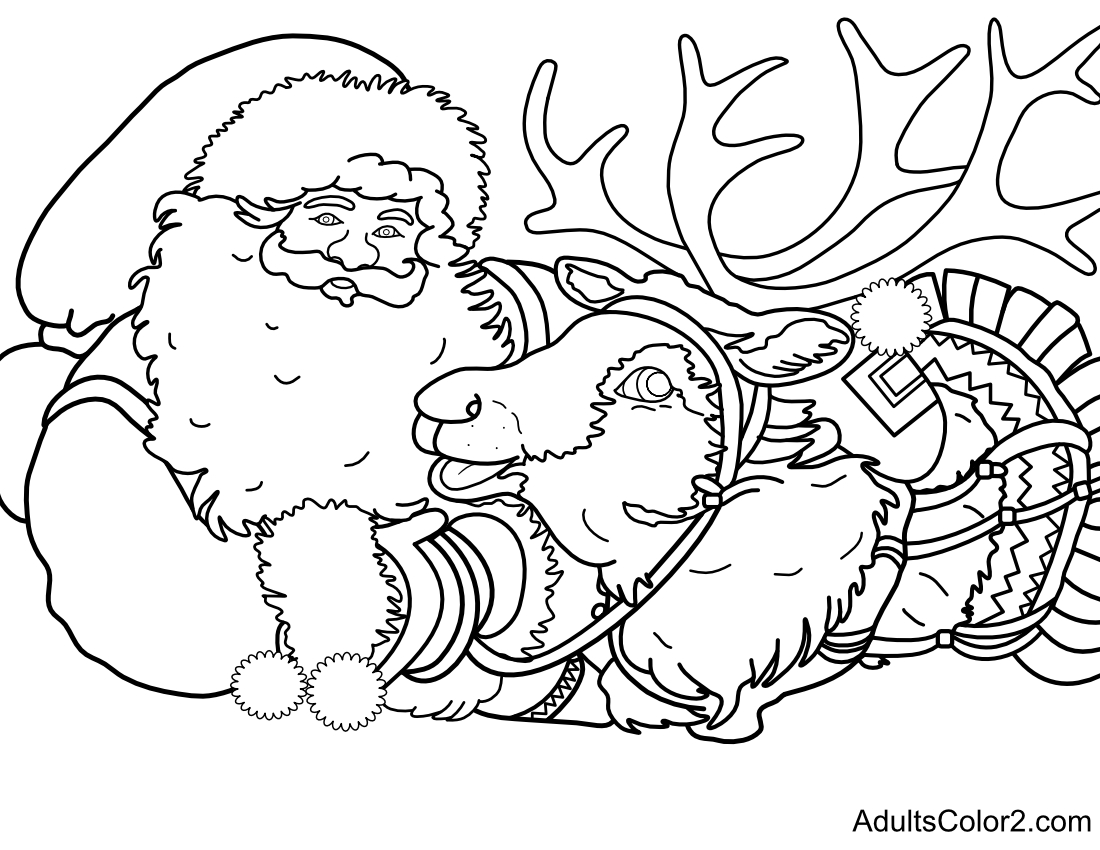 Here's another way Santa pulled his sleigh back in the day.  Goat power!

A Yule goat, bread-powered sled, got those gift where they needed to go in Scandinavia.  Apparently, he's still delivering this way  today! 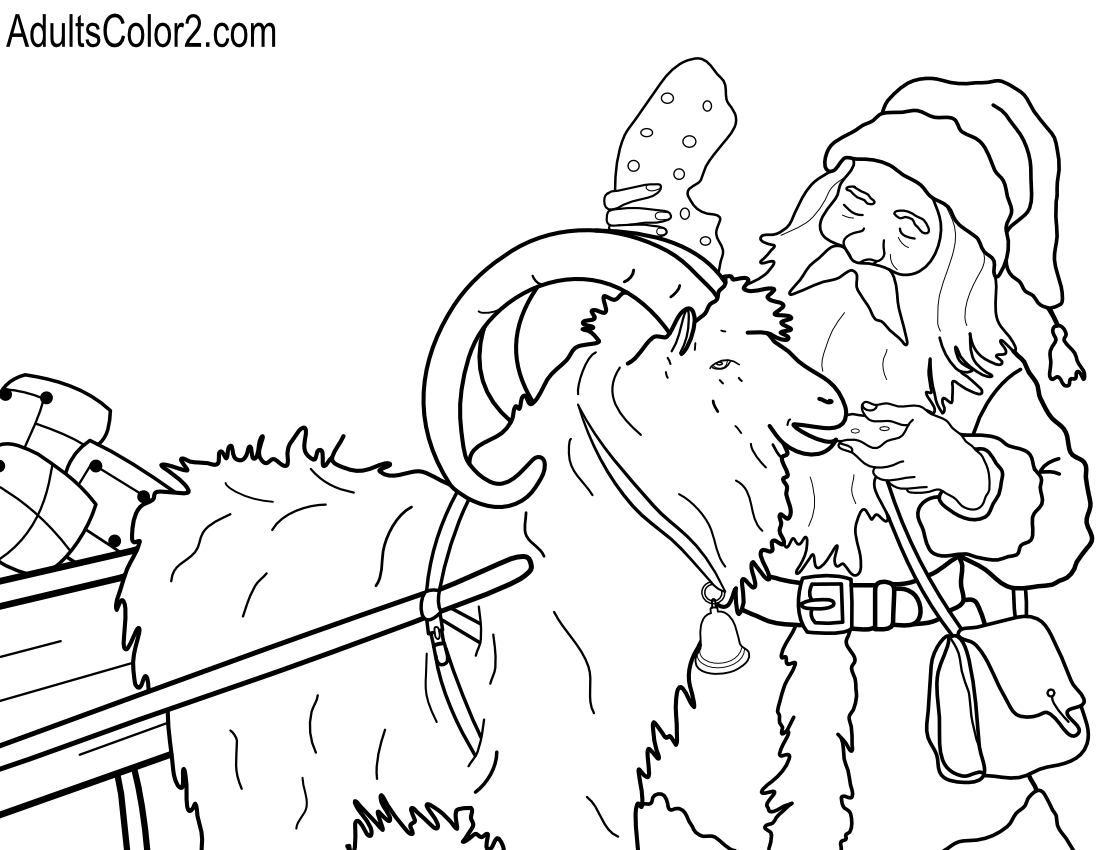 A snail-powered sleigh?  I don't think this one caught on.  Think it might be a bit too slow. 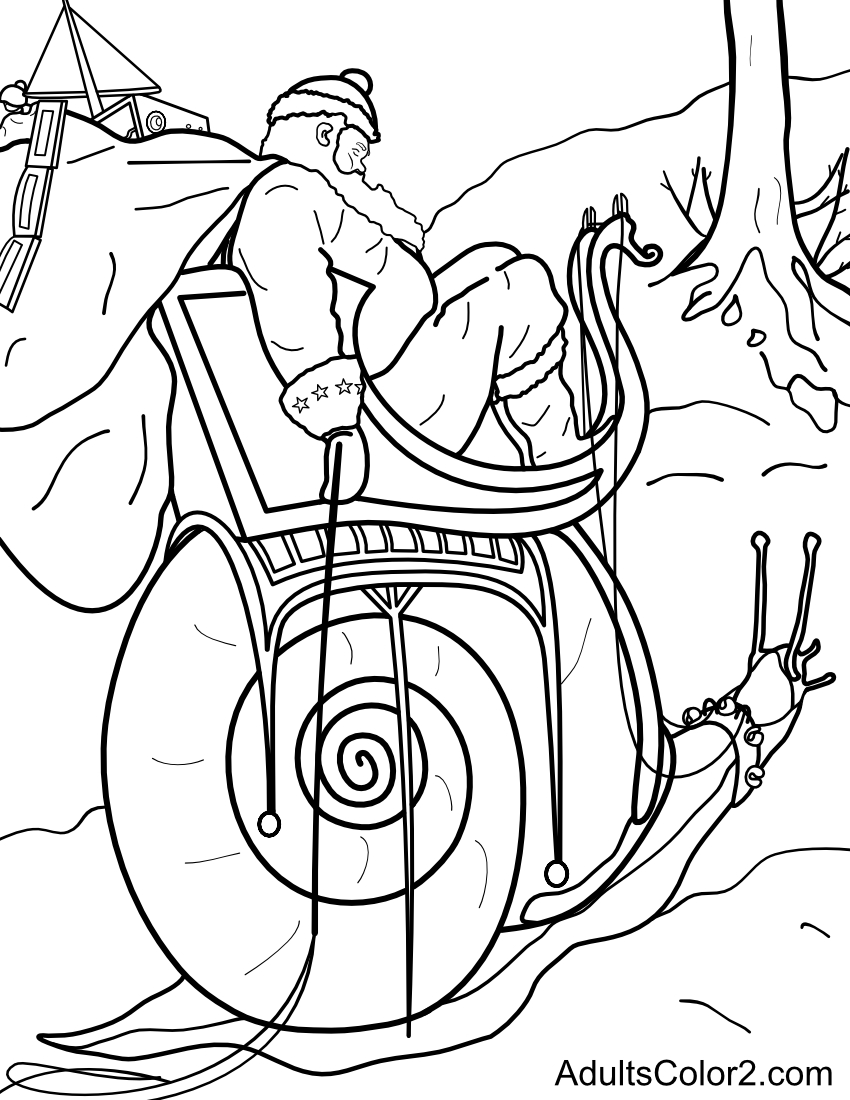 Looks like he ditched the snail for a motorcycle! 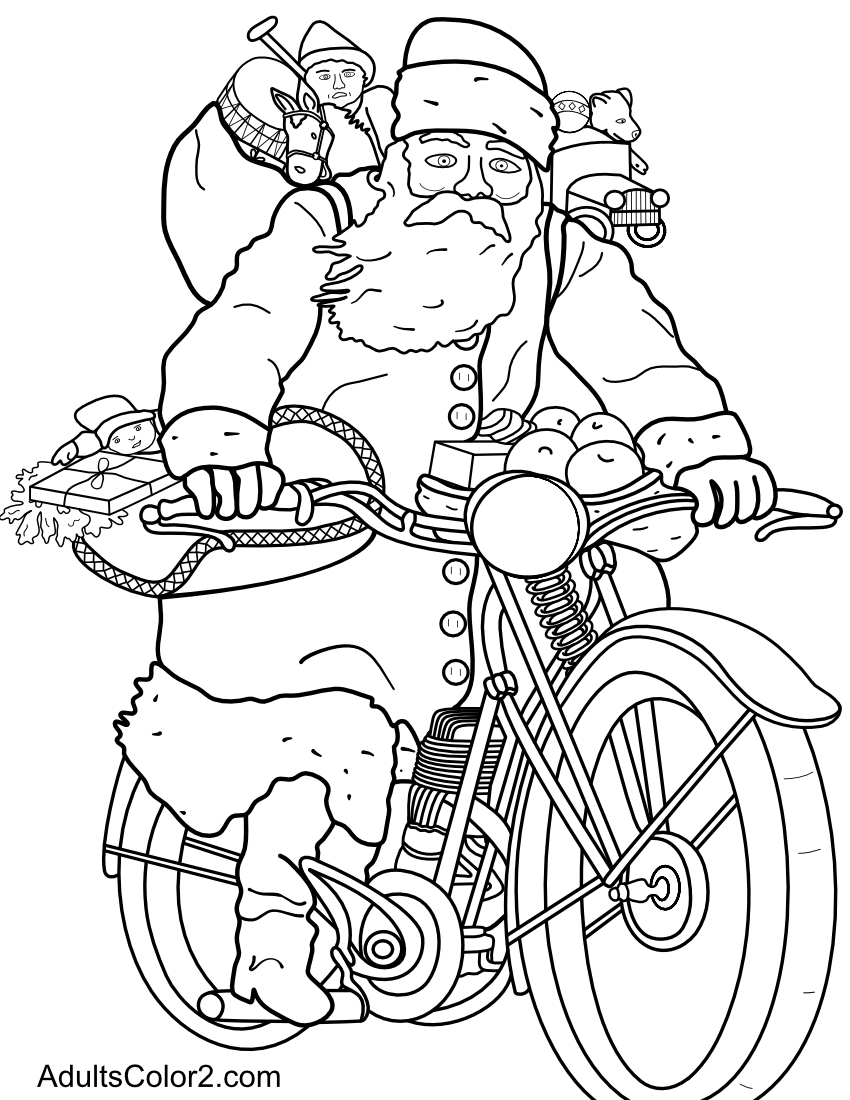 Apparently ol' Santa isn't afraid of riding some gnarly waves to bring you your Christmas favs. 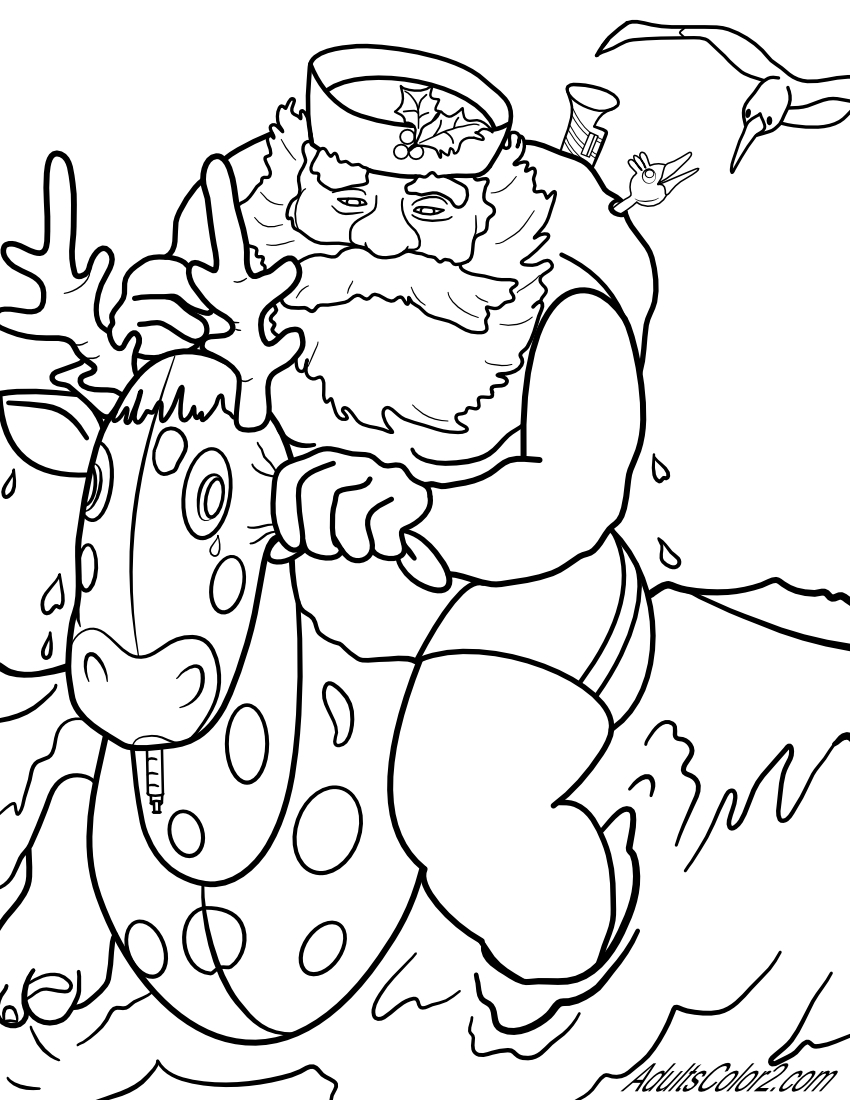 Out with the old you sleigh, I mean say?  Ok, how about some coloring pages of Santa's smart car sleigh?

There you go!  Check out the personalized plates.  Choose from Santa Claus, Kris Kringle, Father Christmas or St. Nicholas.

What's that?  You just want a simpler drawing of Santa to color?  How about an Owl Claus bearing gifts,  or a smiling Santa face or maybe an outline of Santa with a tree beard?

Simple santa coloring pages for you to enjoy!

Those coloring pages might be simple but Santa's not!  Let's explore his darker side? Wait...he has a darker side?

Santa has a Dark Side?

He's looking a little crazy in this picture,  but his message is a good one.  Safety first is definitely not dark. 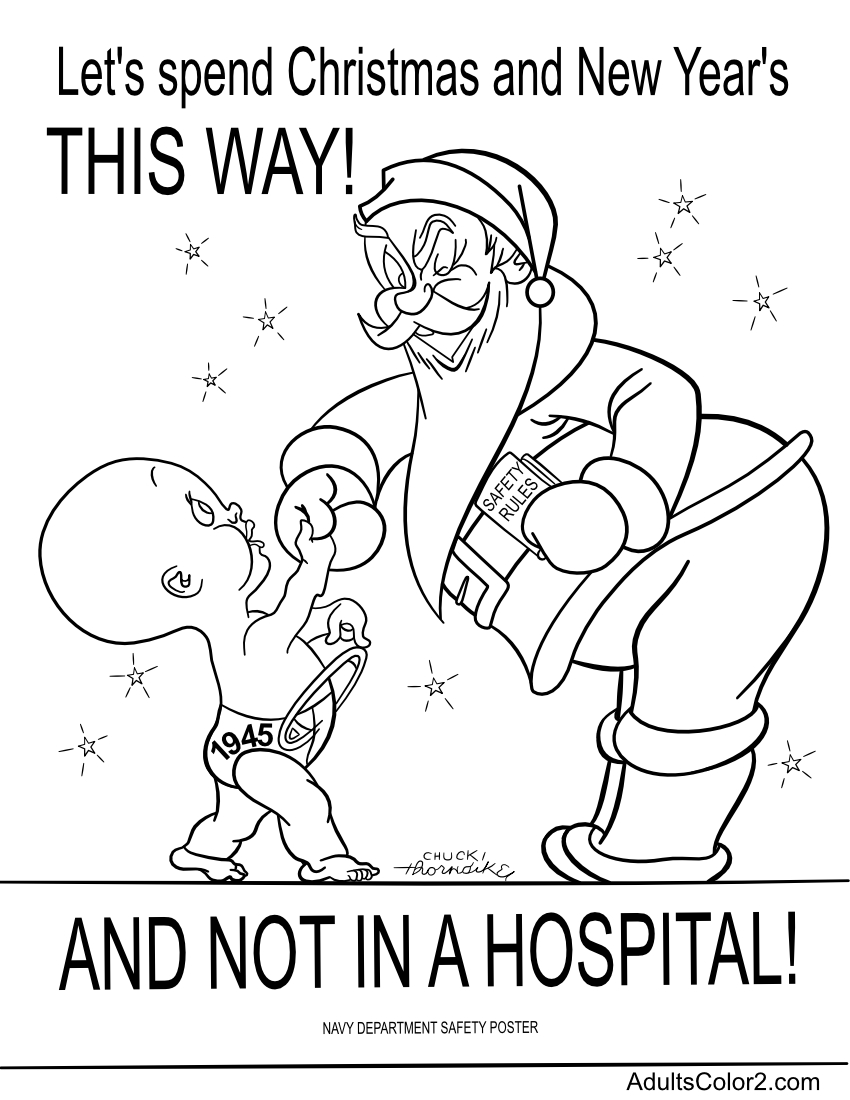 He's been caught sneaking into homes at night.  Usually that's a creepy and dark thing to do.   But he's there to leave gifts not take them! 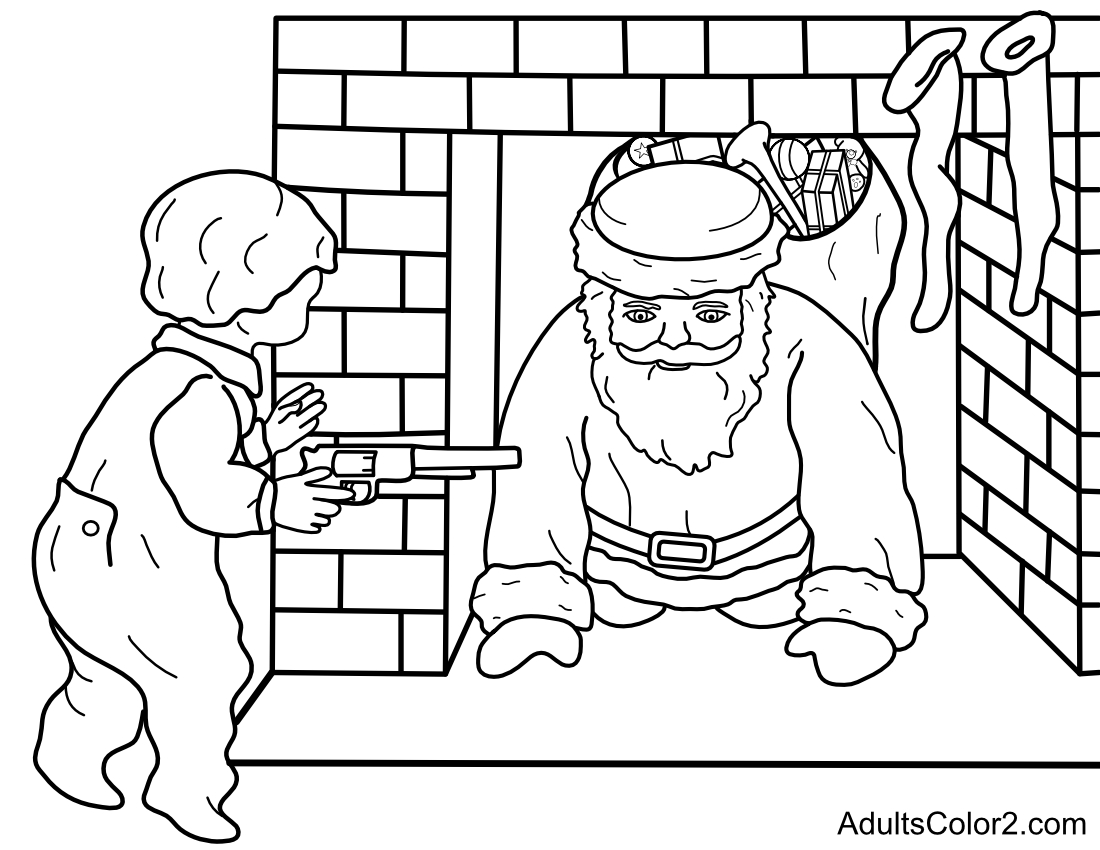 Remember the warning about Santa watching to see who has been naughty?  Ever wonder what he really does to naughty kids?

Look below then you'll know!  Warning...you can't unsee what you are about to see! 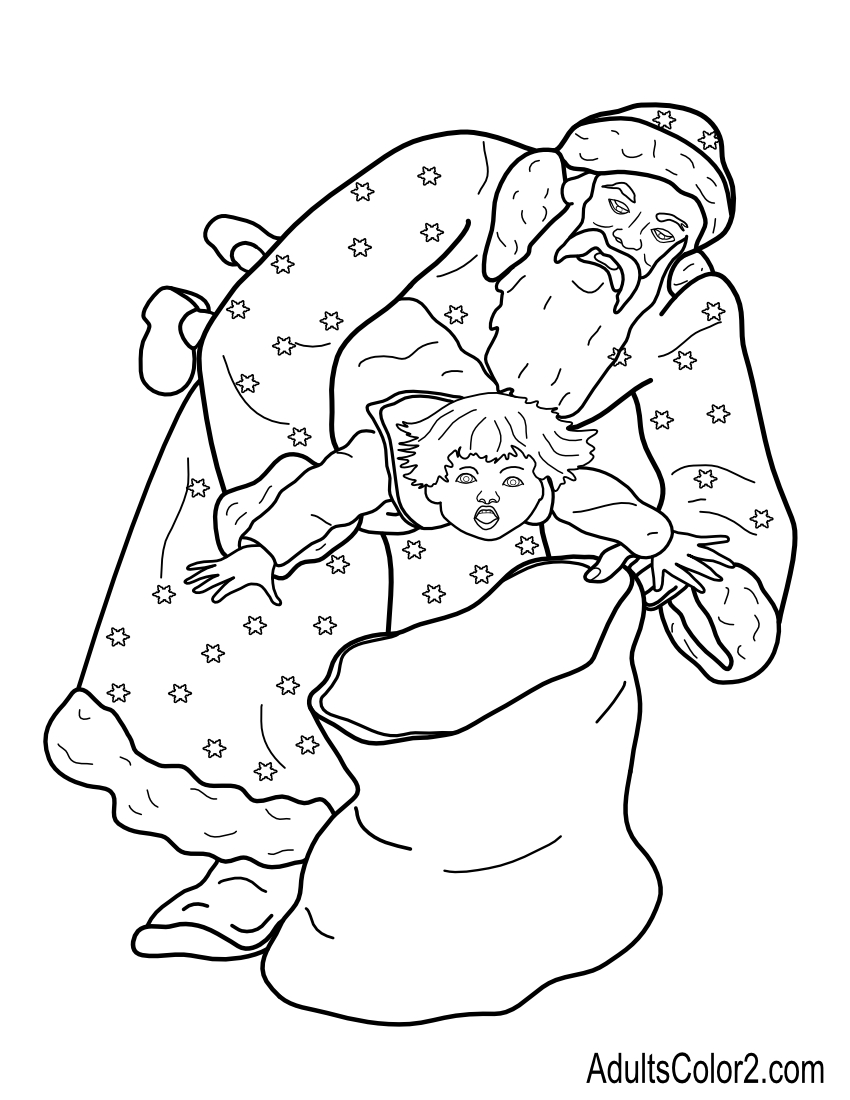 He sacks them.  So you better be nice 'cause we still don't know where those sacks go.

You don't want Satan Claws coming to your town looking for you!  Do you?  I didn't think so.


So as we bid a fond farewell to Santa coloring pages, 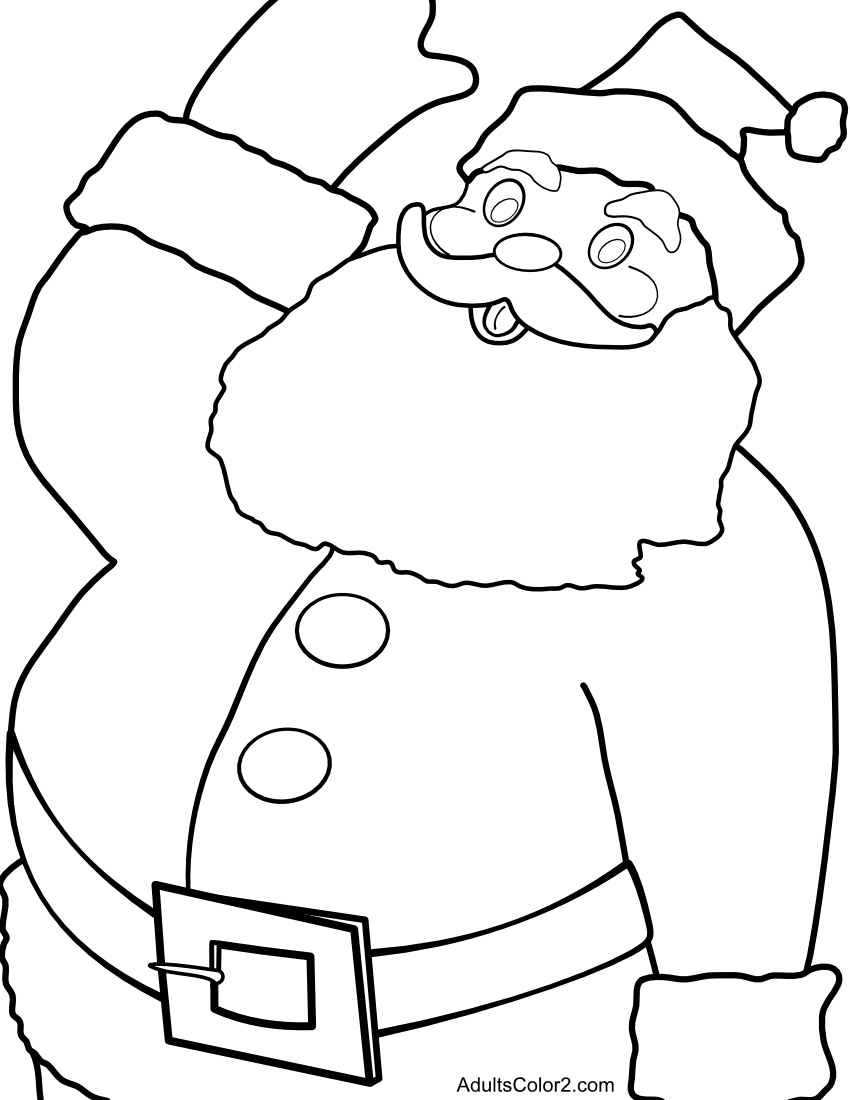 we see that he is enjoying a well deserved milk(or is it) and cookie snack. 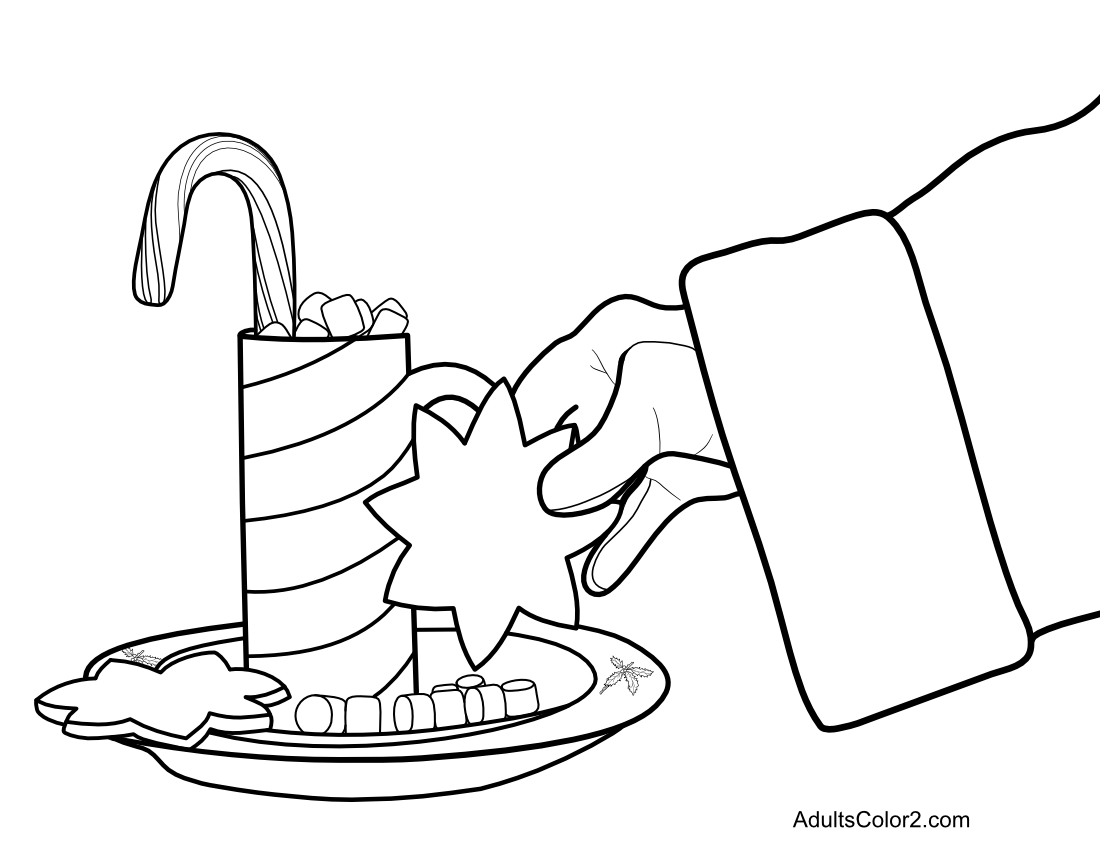 Another Christmas is in the bag!   Still don't know where the naughty kids go though...