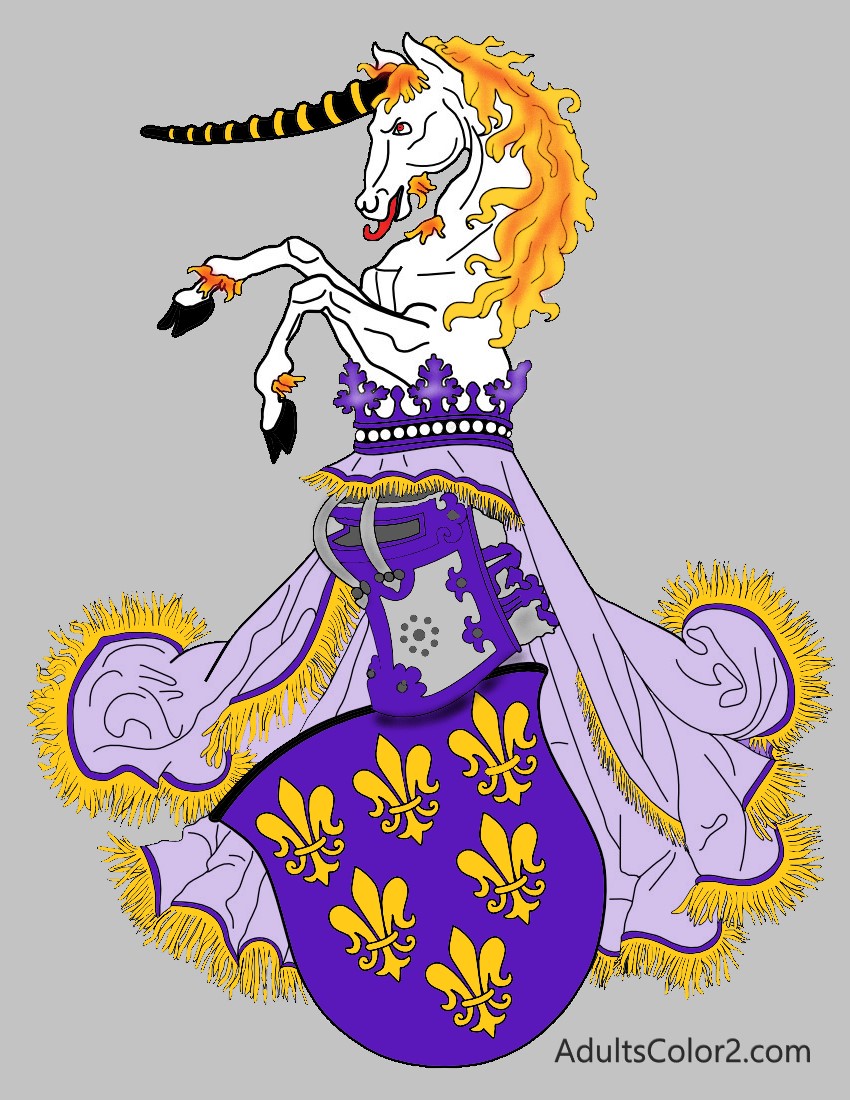 Bet you expected unicorn coloring pages to be full of horned horses?  They're here but there's more to the tale.

How long have unicorns existed?  Well, humans have reported seeing whimsical wildlife for thousands of years.

Could it all have started over 30,000 years ago?  I think it might have.  Check the coloring page below. 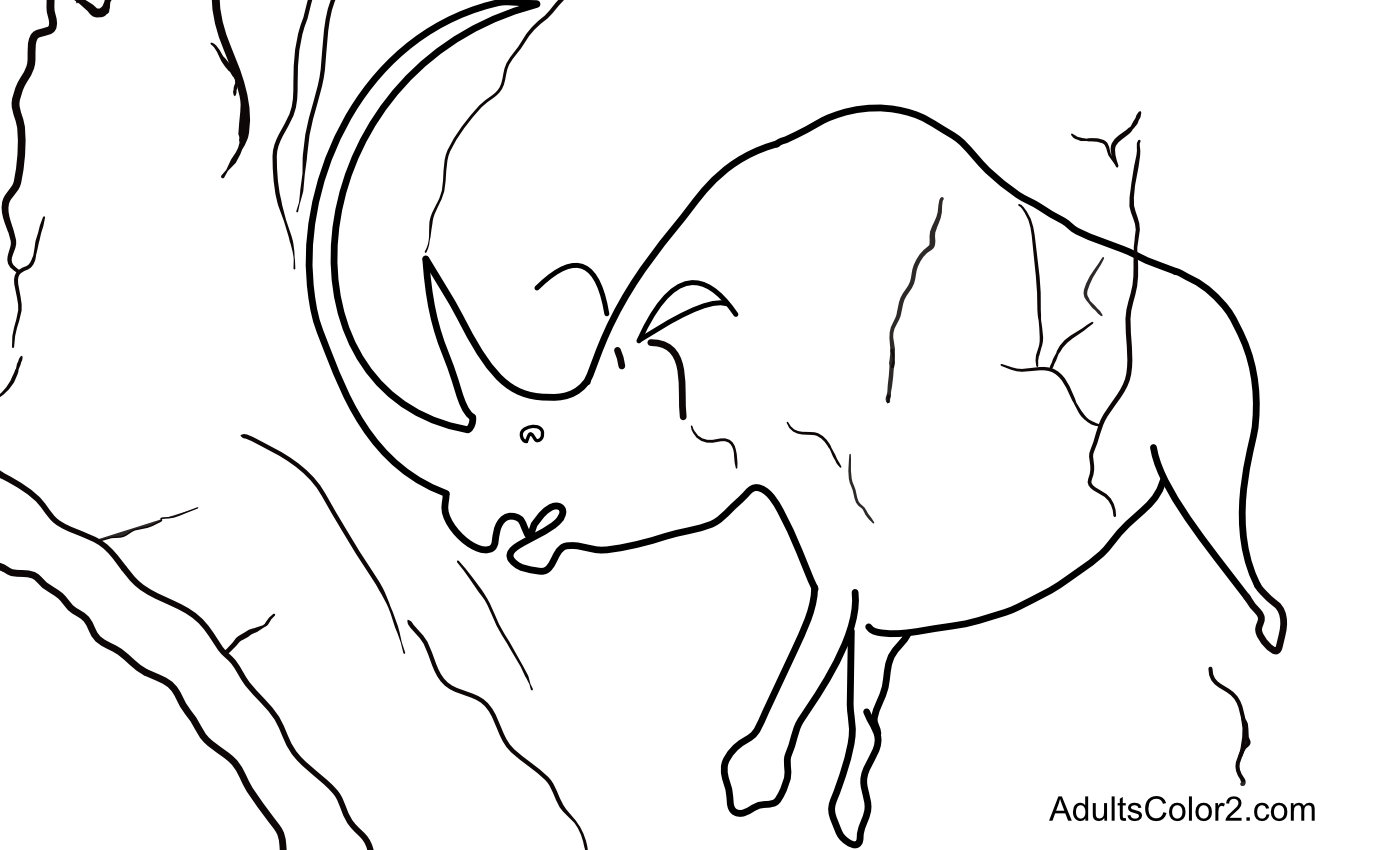 That drawing is based on an ancient cave painting of a woolly rhino found in Chauvet, France.  Could the woolly rhino be the root?  Maybe.

Ok, it's a two-horned beast.  But this massive creature, with that long horn (up to 4x longer than the other horn, Scientific American) probably made quite an impression on our ancestors.  Especially if they got too close!

Soooo...maybe we became fascinated with long horns?  Then perhaps we decided this awe-inspiring beast, sporting a towering horn must have extraordinary powers!   The mythical unicorn is born?

Ok, now that I've shared that, it's time to move on.  Time to take a look at the many fictional and factual single-horned creatures frolicking about.

Meet Qilin, the Chinese uni-horned beast.  Rather ferocious looking with that big horn and bared teeth. But fear not!

It treads so lightly that not a blade of grass is bruised.  The Qilin is more messenger than monster.  It is said to appear prior to the birth or death of very wise teacher or compassionate emperor. 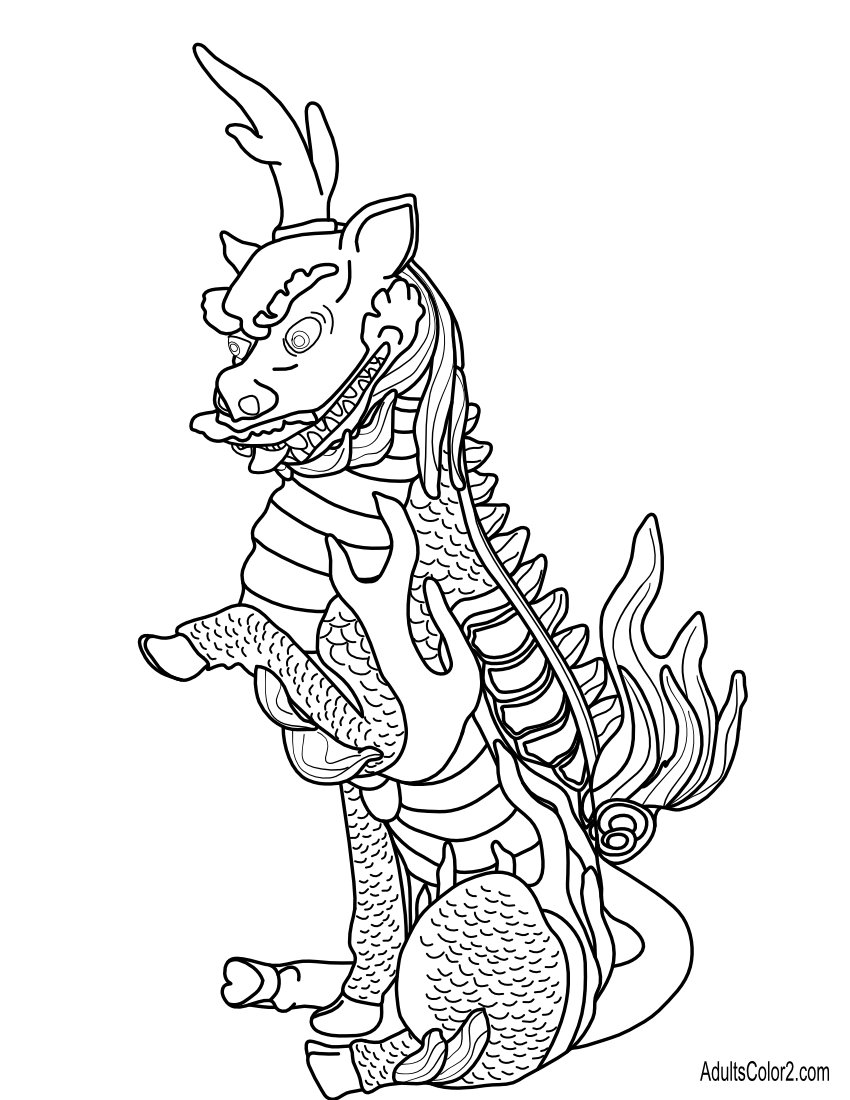 It is written that the Qilin first turned up in the garden of a great emperor in the year 2697 B.C.  Perhaps it's the first unicorn?  Or maybe the second?

Merely guessing but sounds reasonable to me.  Maybe you have your own theory?


Unicorns in the West

The Chinese weren't the only ones to believe in unicorns.  Around 400 B.C. the western world learns of the single-horned creatures thanks to Ctesias.

Ctesias, Greek chronicler and healer, wrote a book about the exotic land of India.  In it he described a tri-colored (red, black, and white), fast, feral donkey with a horn over 2 feet long.

Perhaps he was influenced by the unicorn carving on the stairs of the Apadana in Persepolis Persia?  See the unicorn coloring page below. 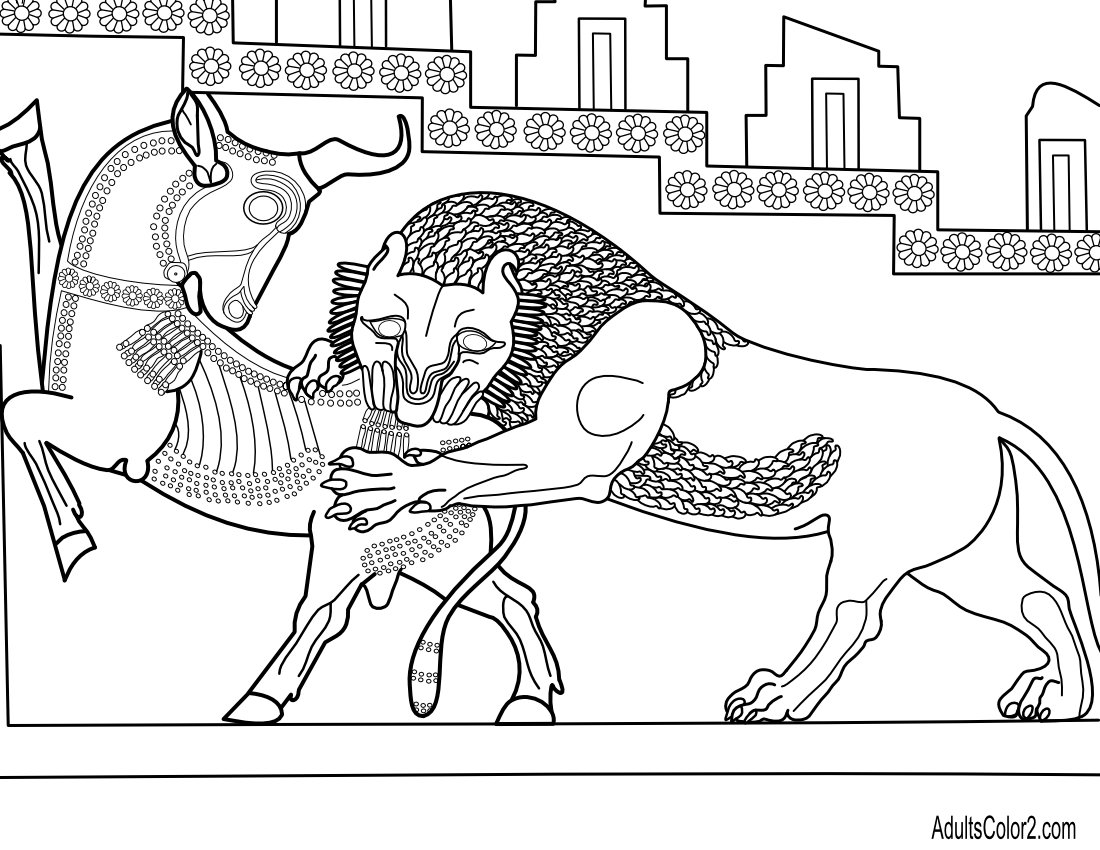 That unicorn appears to be a bull with a single horn or is it just the angle?  Is it really two horns?

His book convinced the Greeks that these creatures were real.  Many historic figures of the ancient world, including  Aristotle mention the existence of single-horned animals.

The most interesting description comes from Pliny the Elder.  He tells of the monoceros.  A powerful beast that has a horse-like body with a stag head, elephant feet, a hog tail and a 35 inch long black horn in the center of its forehead. 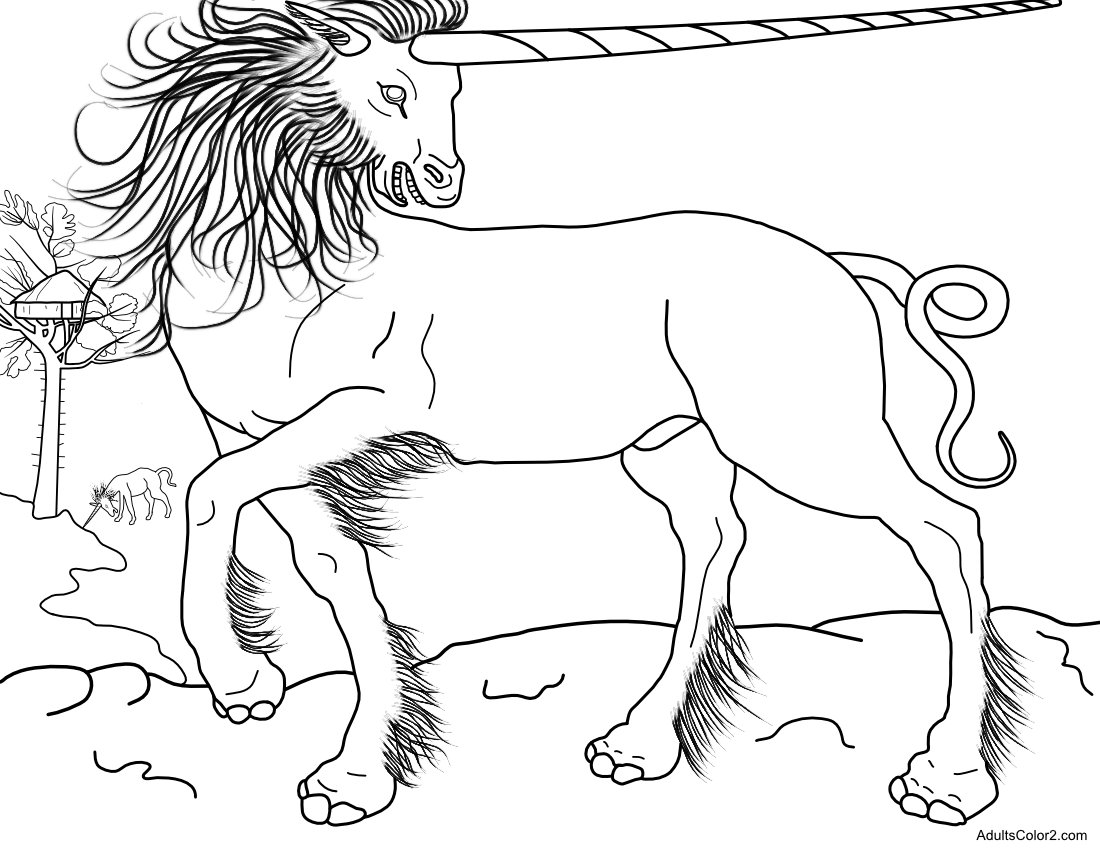 This coloring picture is based on a painting by Marten de Vos created in 1572.  I'd say his art captures the monoceros described by Pliny the Elder.  What do you think?

Interestingly, (to me anyway) there were two Greek words for this creature.  Monoceros and/or cartazonos. Cartazonos may derive from the Arabic word karkadann  which means rhinoceros!

You know, like that woolly guy near the top of the page..hmmmm.

The Middle Ages in Europe ushered in unicorn madness!  The critter took their world by storm.

The single-horned beast was depicted in tapestries, paintings and scientific tomes of the time. 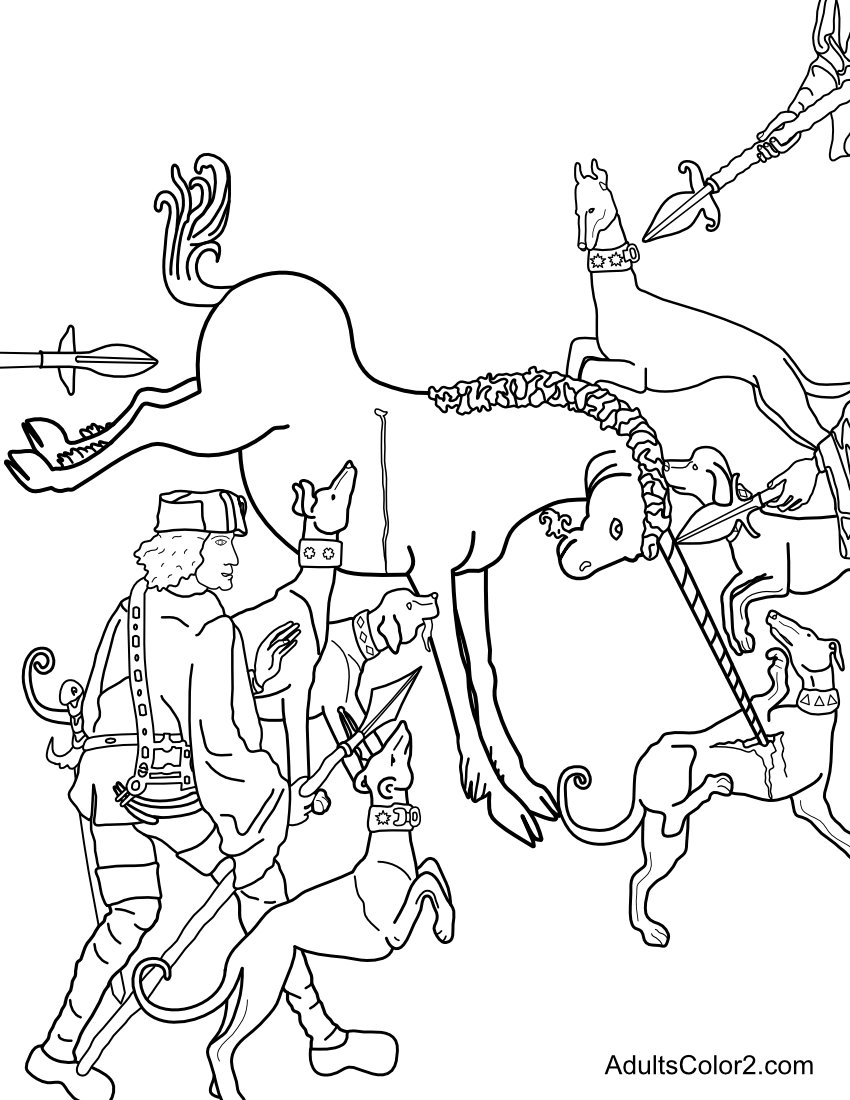 Is it any wonder?  The unicorn was said to possess special abilities or traits... 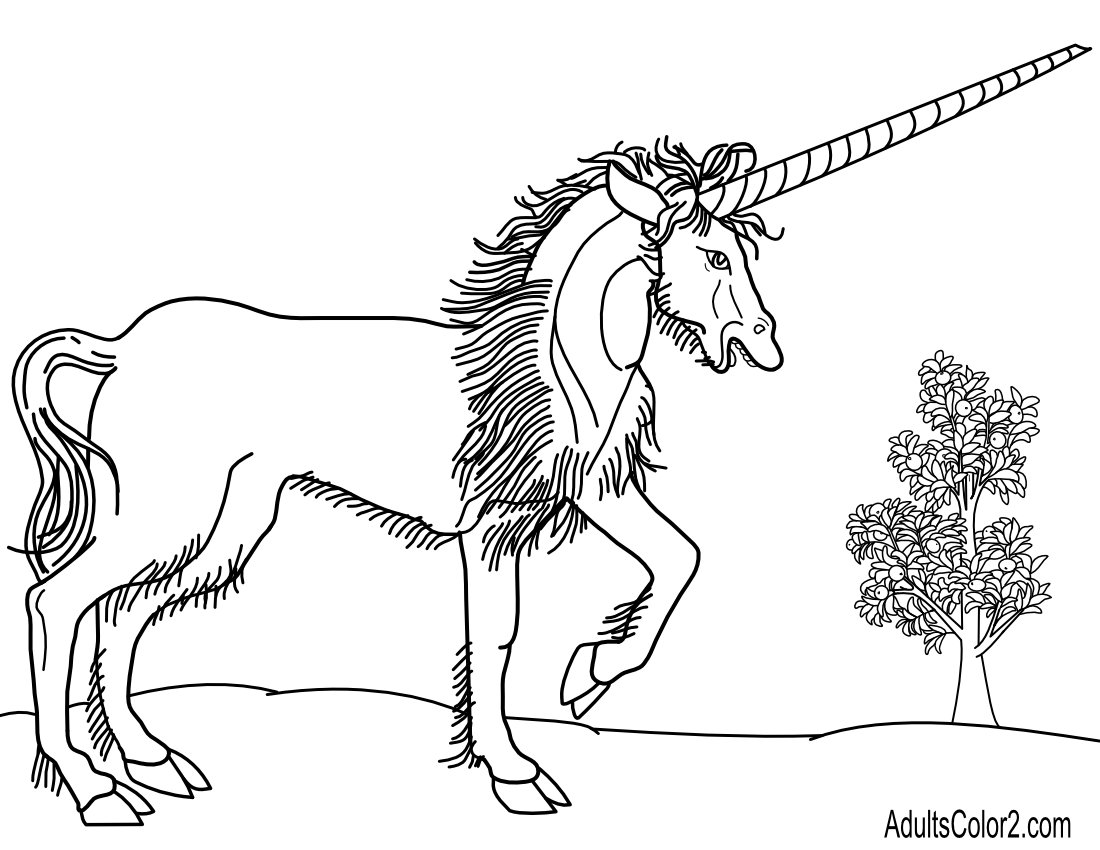 It was an astonishing creature.  One that even learned folk believed to exist.

The unicorn had to real because there were horns that were treasured by the elite.  And many bright people, in far-off lands,  claimed to have seen it.

Apparently, there was a lot of horn envy among the animals or at least among the artists.

As you can see, unicorns were everywhere.  Just not where most people lived! 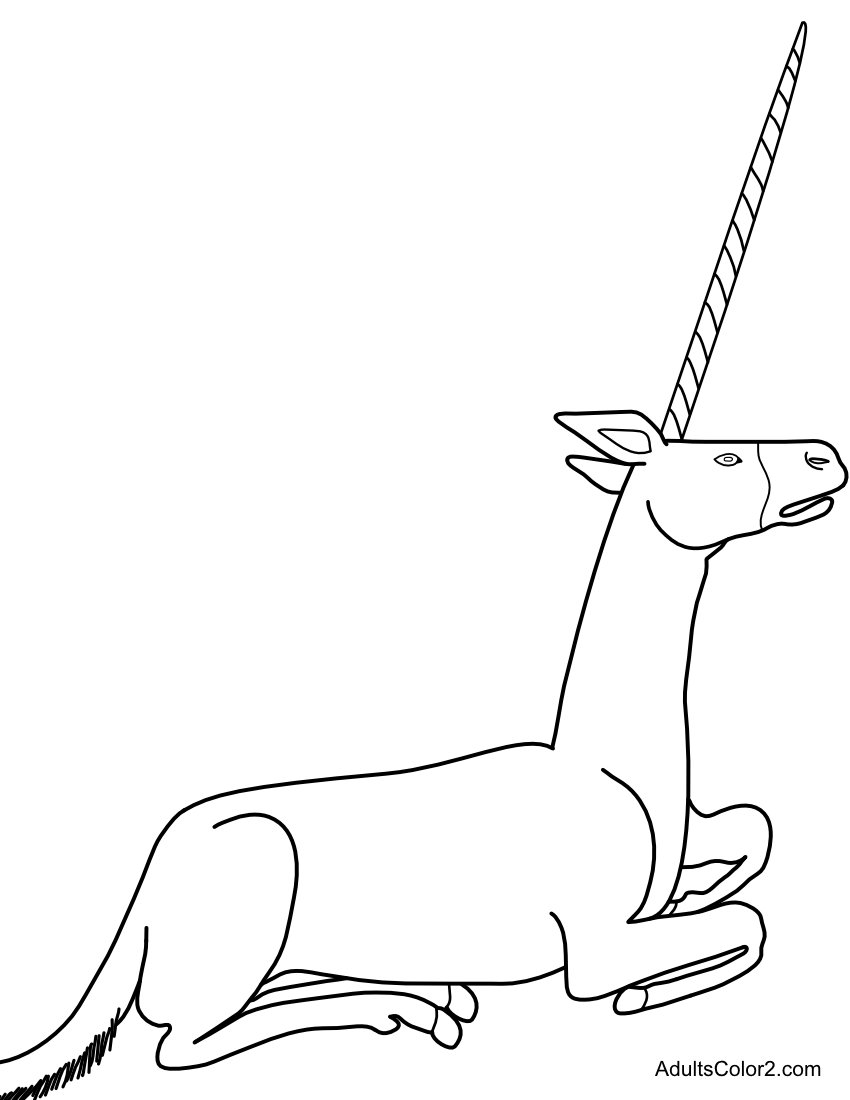 Then we have a herd of unigoats? 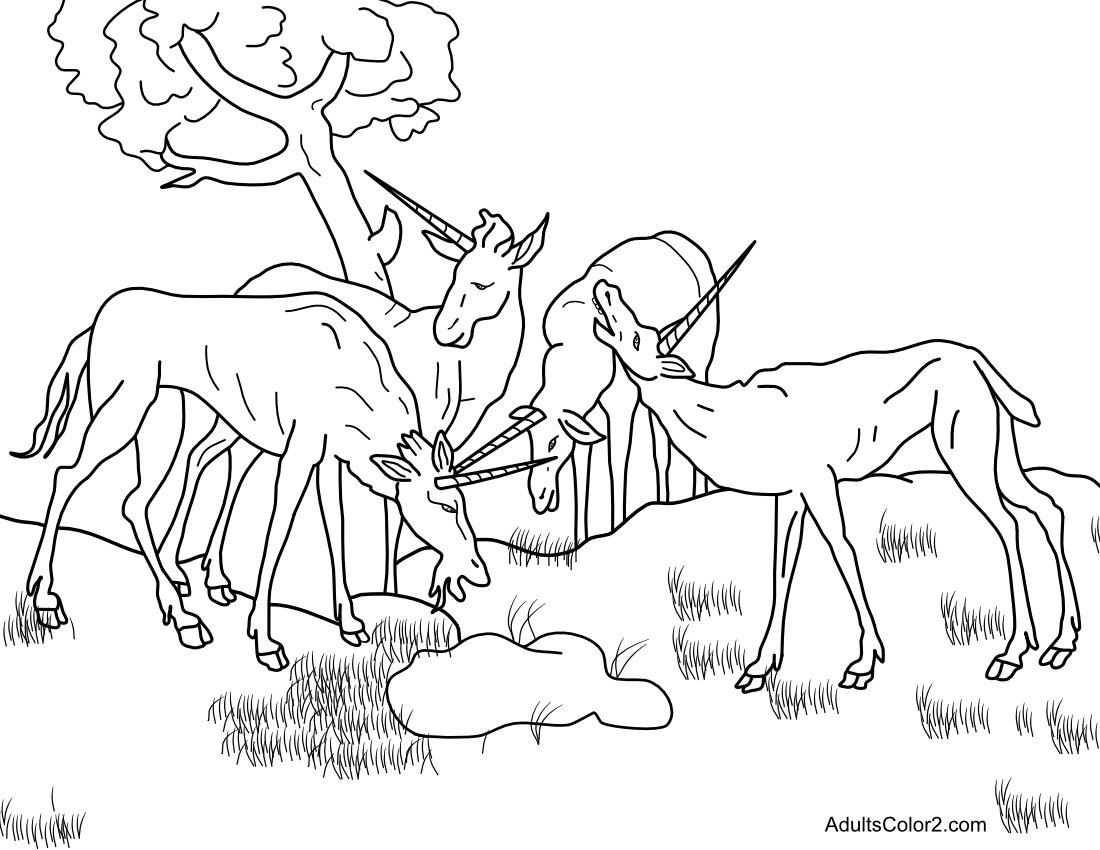 Can't leave out the famous unidogcorn! 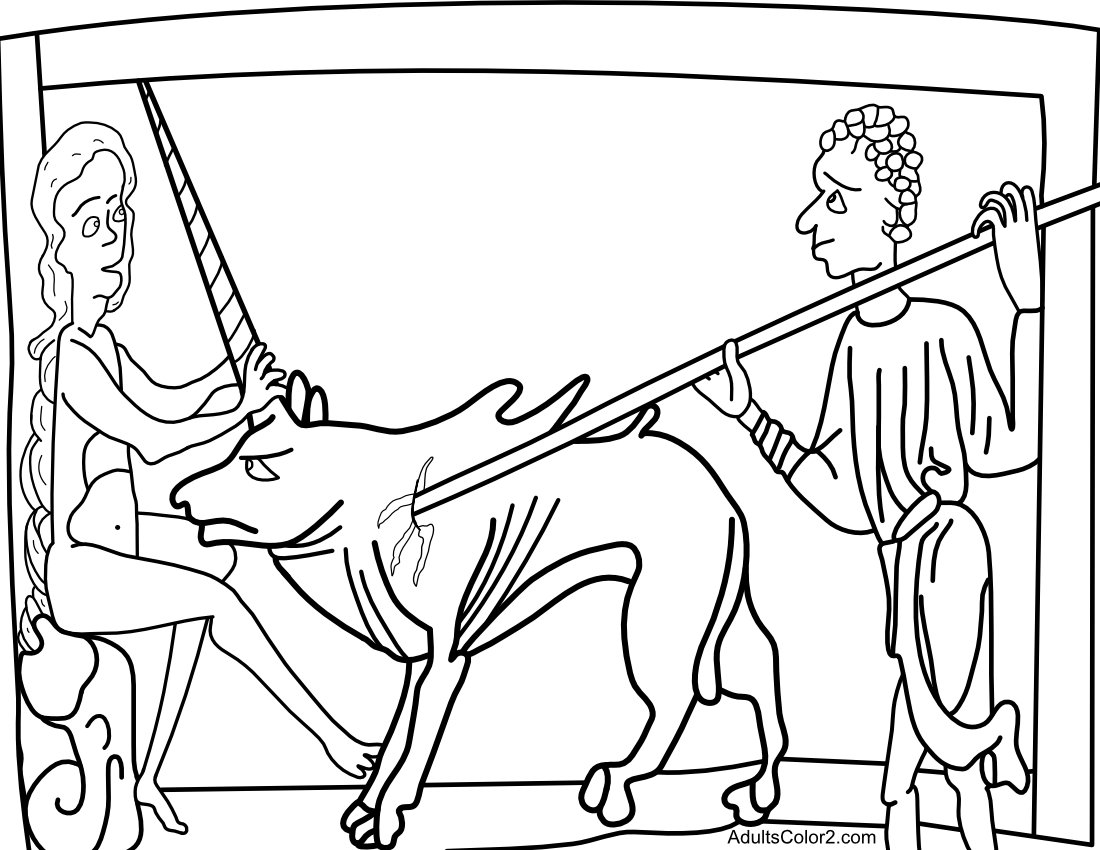 And now for something slightly different...a unicorn battling with a couple of lizards in a lake. 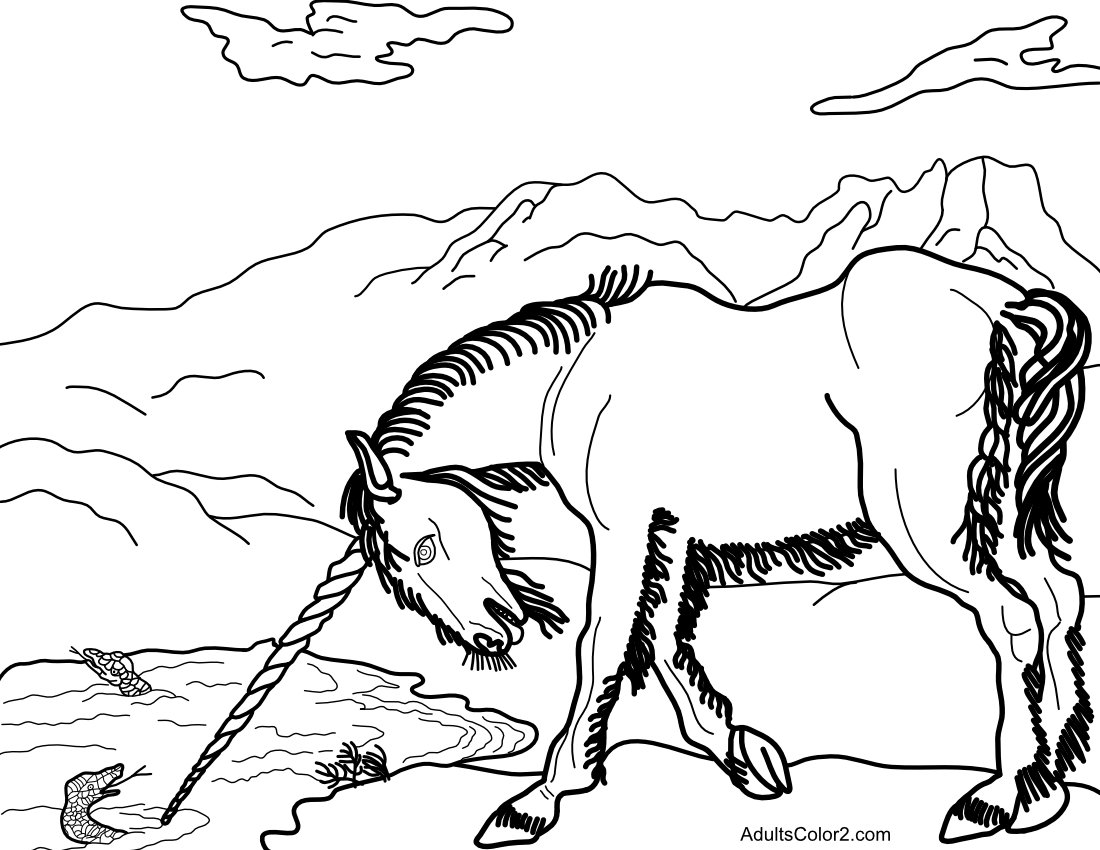 All these unicorn coloring pages are based on actual artwork created in a time when very few people were able to travel the world.

They relied on stories and descriptions.  And we all know how a story can change as it's passed along.

The coloring page below is an example of a narwhal.  The top narwhal was drawn from a second-hand account in 1558.  The bottom image was drawn in 1746 by a person who actually studied a specimen. 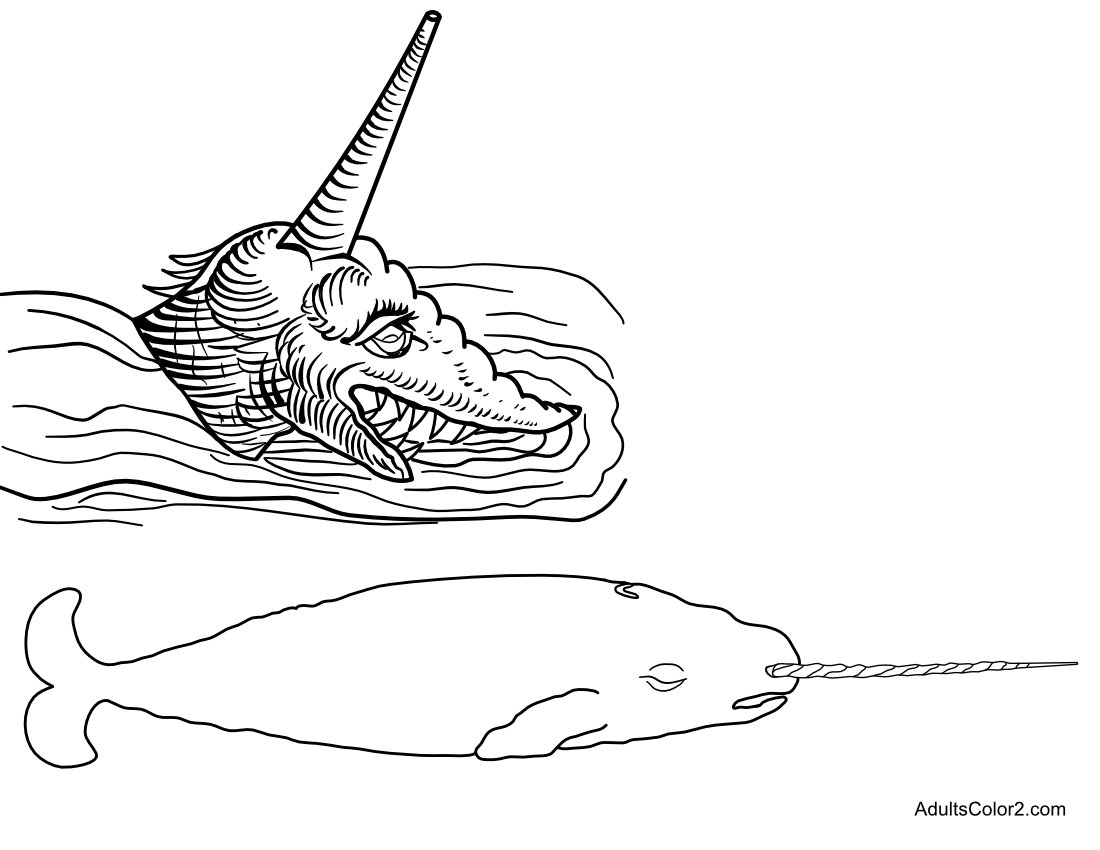 The narwhal tusk happens to be a source of the unicorn horn.  The other source comes from our old friend...you guessed it...the woolly rhino!

In the 1100's the unicorn received a promotion.  It became the symbol of Scotland.

Then in the 1600's Scotland minted gold coins bearing the beast's image.  Things really took off for the animal.  It started appearing on the coat of arms of great houses!

Interestingly, the unicorn took on a slightly different look.  It still had the horn of course, but it was now sporting the tail of a lion, the beard and feet of a goat and the body of a horse.  Like the coloring page below, I think. 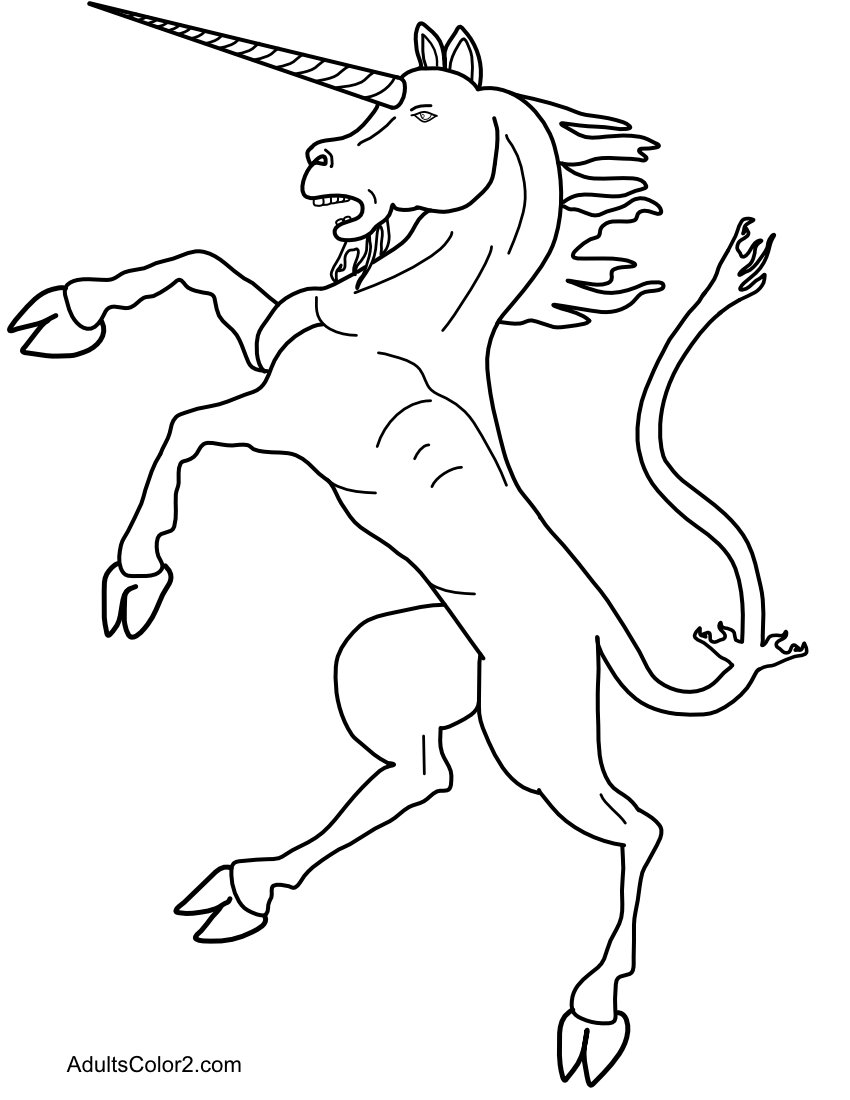 Here's an assortment of fun pictures of your favorite critter.

The monoceros from above but no background this time. 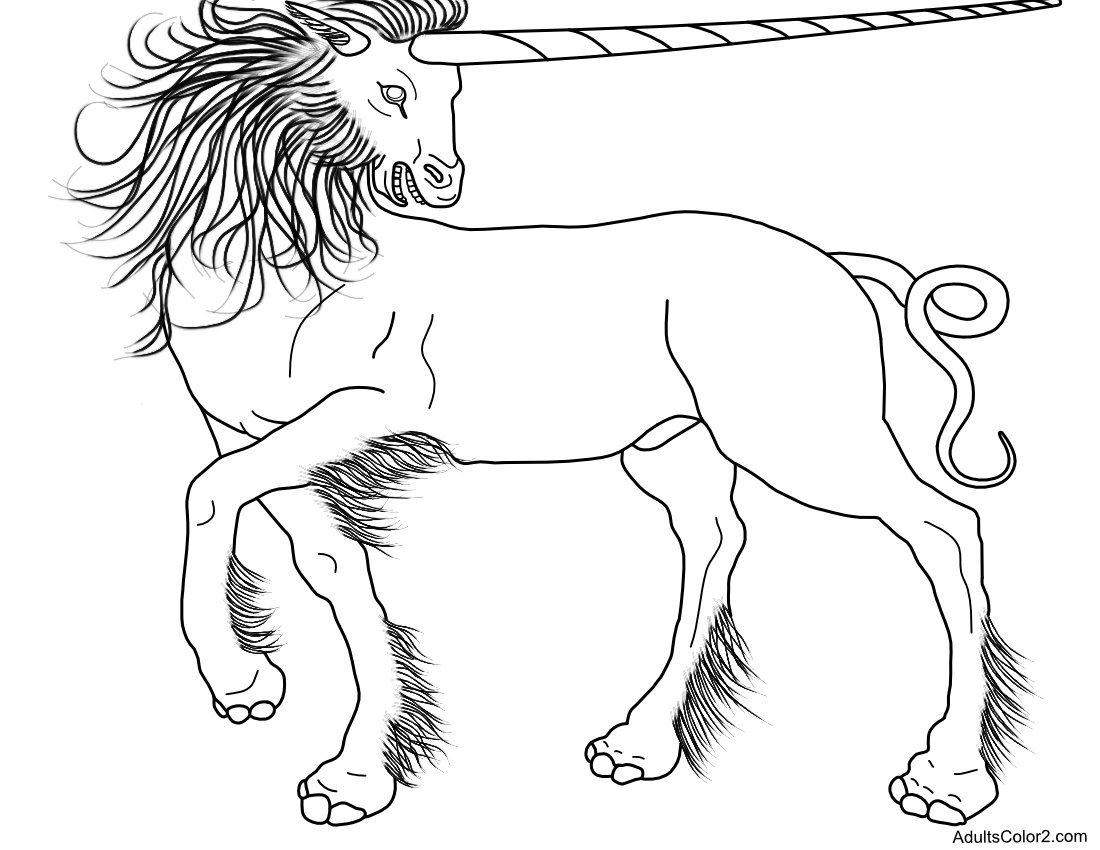 A lovely little creature laying down. 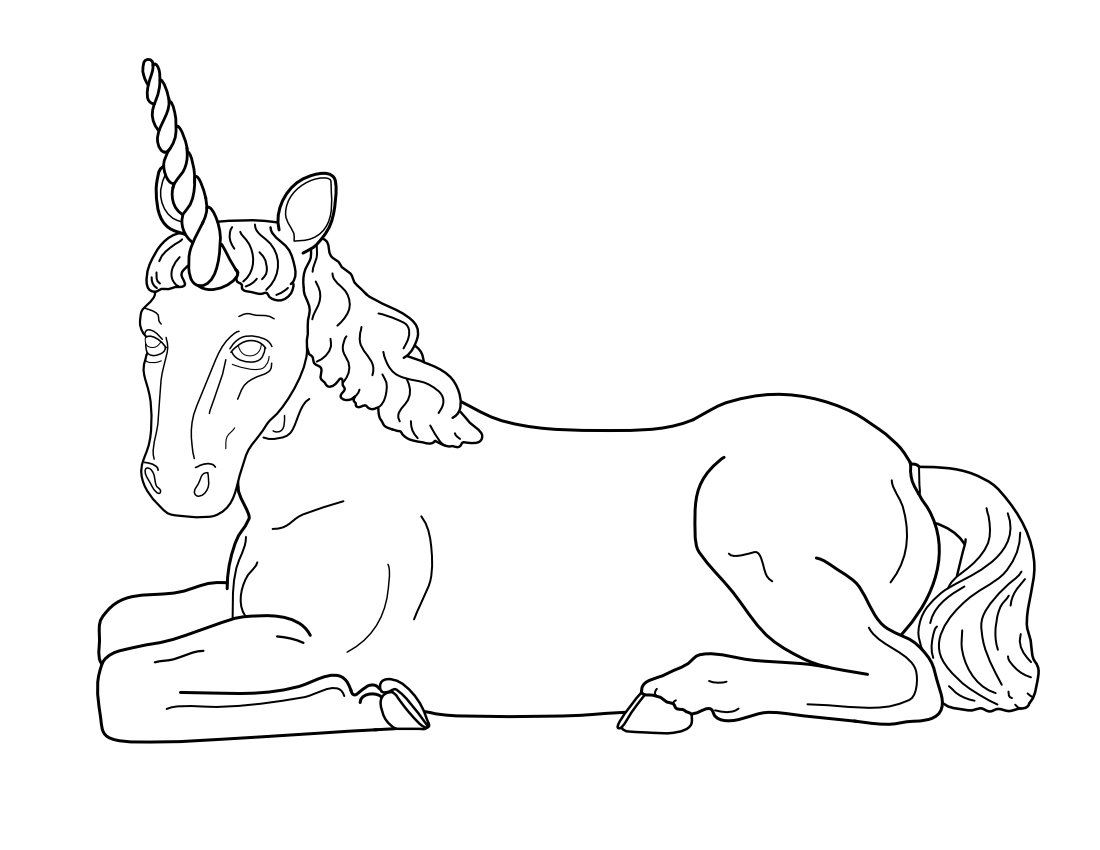 Just the head this time. 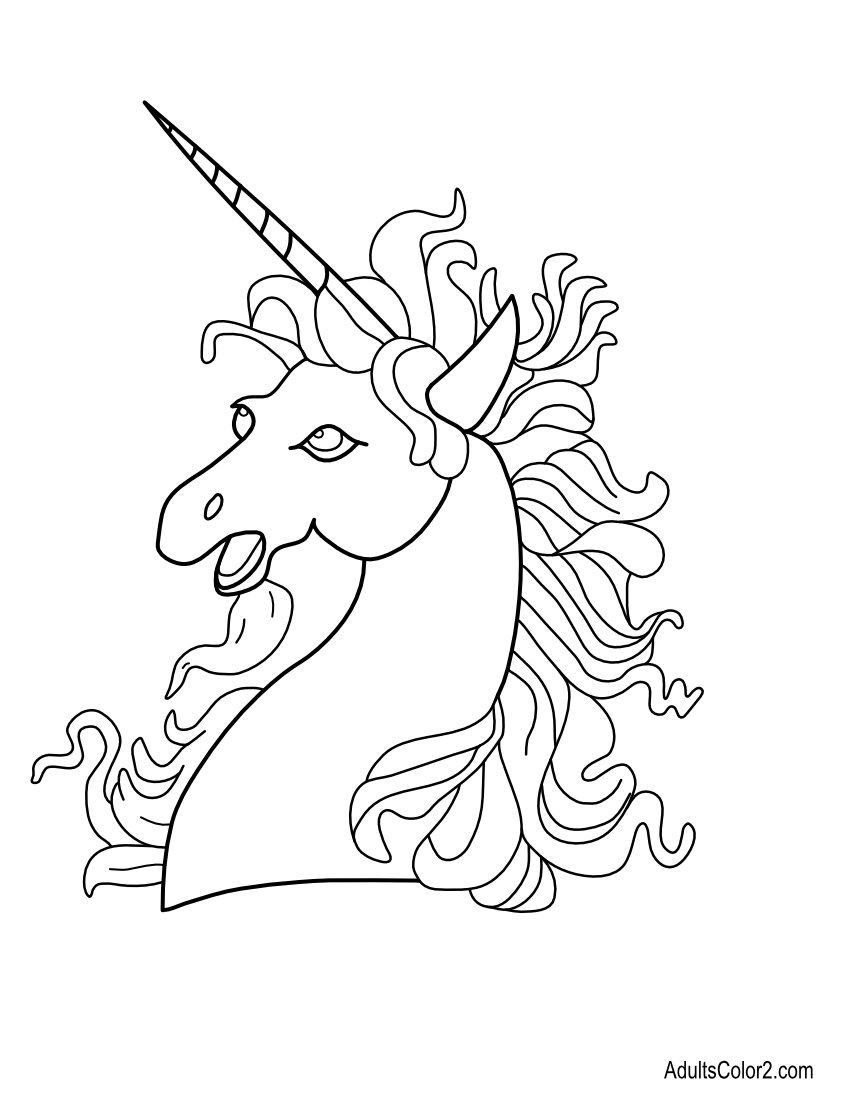 Here's a unicorn head with a rainbow background. 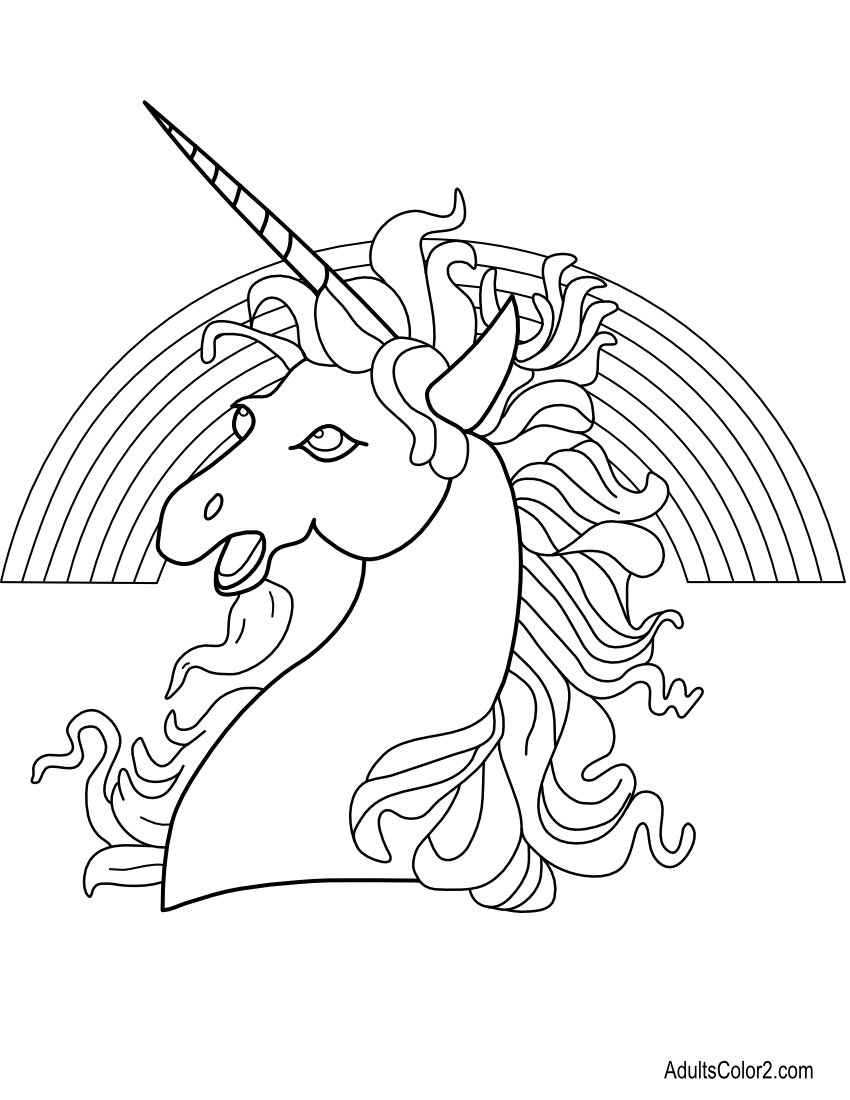 An the unicorn coat of arms from the top of the page. 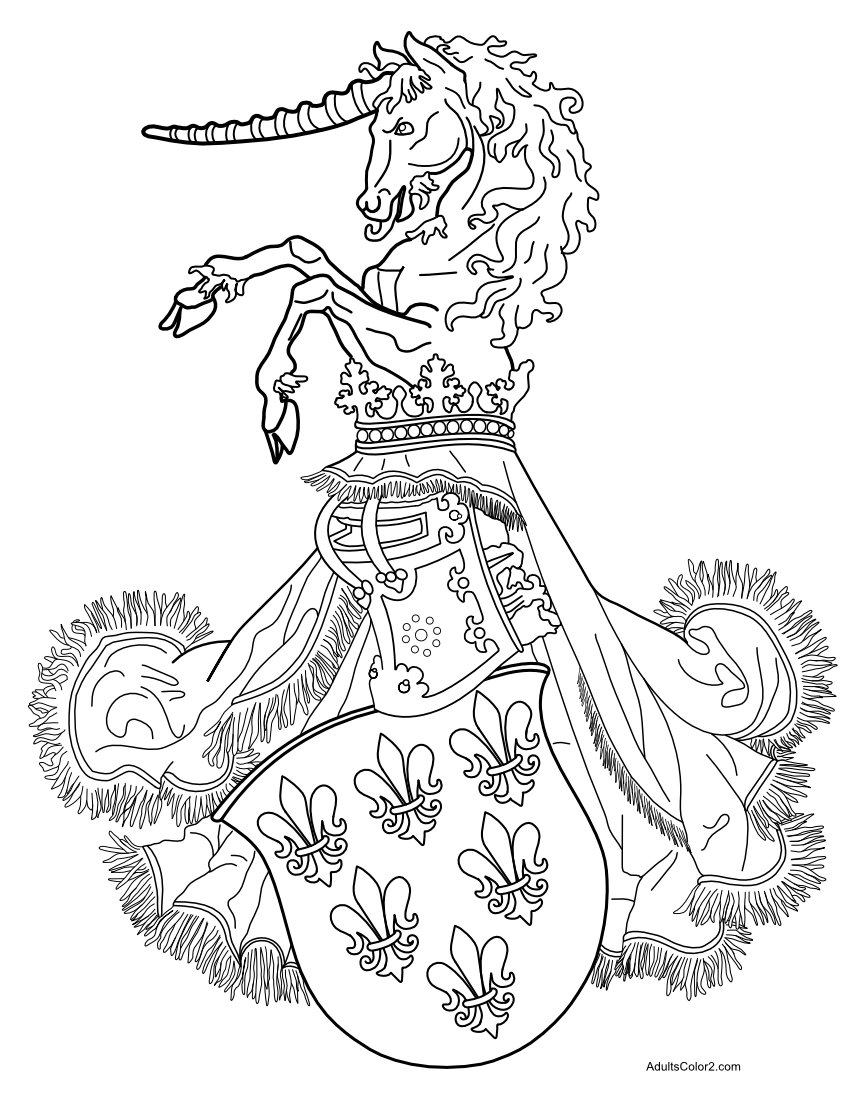 The good old narwhal is about as close to a real unicorn as you'll ever get!  It did provide some compelling evidence of that mystical beast. 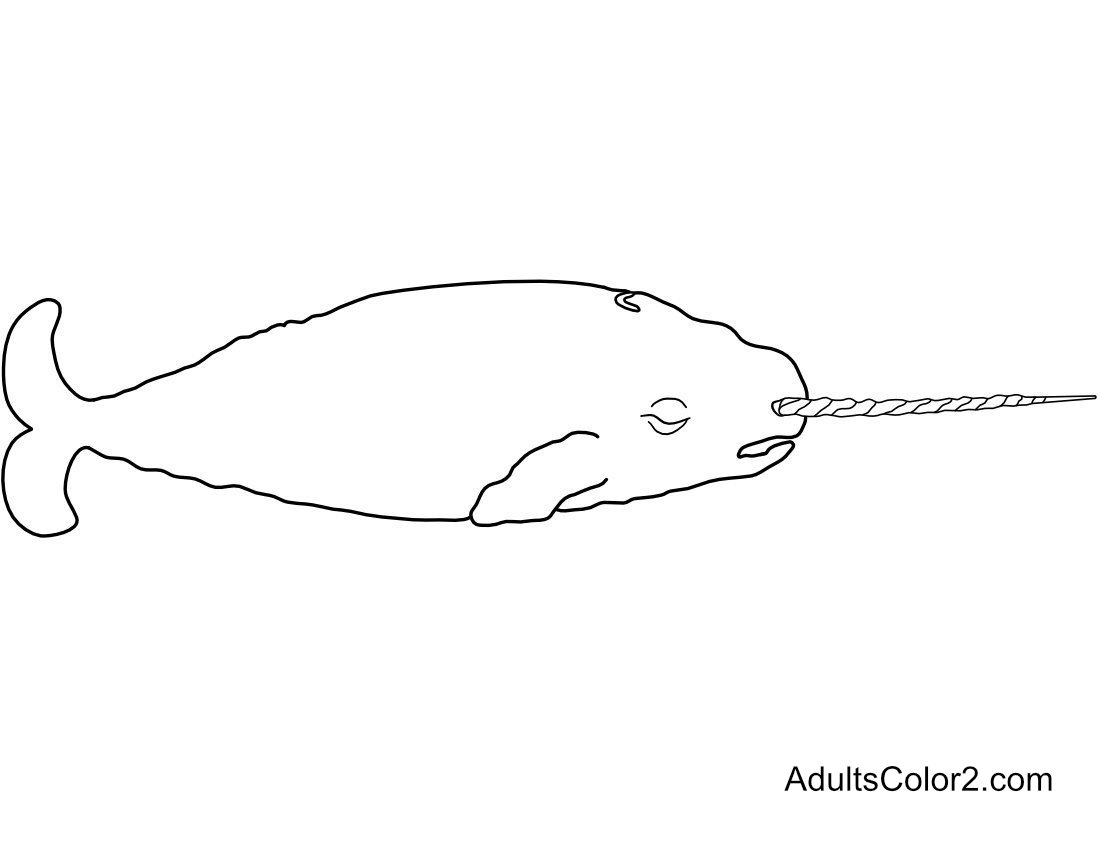 Then there's the fish below that, not surprisingly, is named after the one-horned wonder. 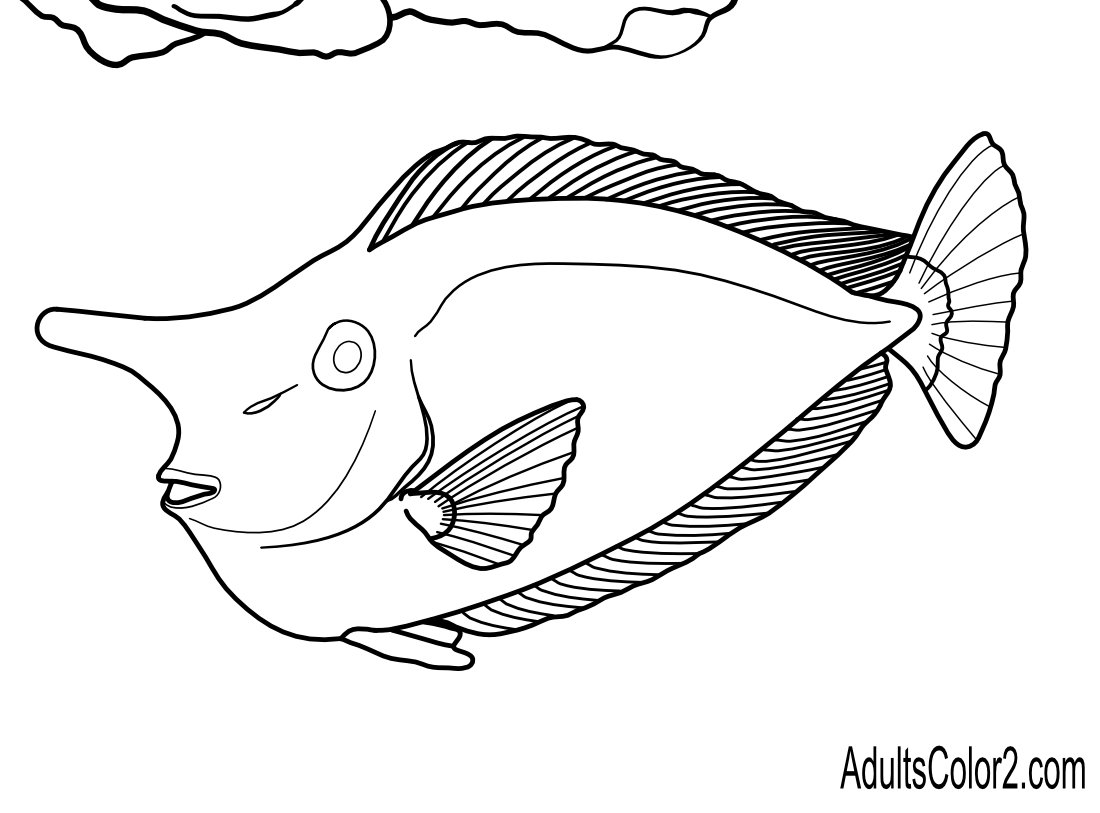 Last but not least is the deer born in an Italian nature park.  He looks like the real deal.  So maybe an ancestor of his helped start the unicorn craze?  Who knows?

But I do know people still love unicorns, especially little girls!  They're so popular these days you practically trip over them when shopping.

Unicorn products you didn't know you could live without...

That's just a few of the  items available!

Hope you enjoy these free unicorn coloring pages, Ive created just for you.  Share them with your friends and family!